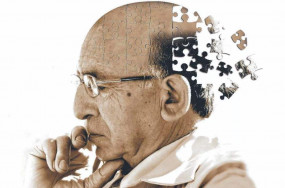 Digital Desk, Beijing. World Alzheimer’s Day is observed every year on 21 September. On this occasion, related activities are organized in many countries and regions around the world, so that the whole society understands that the prevention of Alzheimer’s disease is very important and should be given adequate attention. Statistics show that the number of Alzheimer’s patients in China ranks first in the world. Of course, the population base in China is very large, and aging is developing rapidly in Chinese society.

That’s why the number of Alzheimer’s patients is also increasing. Another reason is that there is still a lack of effective treatments for Alzheimer’s. To prevent this situation, China has conducted an investigation in 31 provinces, union territories and autonomous regions across the country, which aims to comprehensively understand and analyze the current status of Alzheimer’s disease awareness and needs in China. To do.

This is very important for the early scientific development of Alzheimer’s disease prevention, treatment and rehabilitation as well as for the government to formulate the policy in an all-round manner. Although the cause of Alzheimer’s disease is not clear, people can prevent it by taking the following measures. First, control blood pressure, blood sugar and blood lipids. Second, get proper exercise, maintain a healthy mindset, and exercise your brain and hands often. Third, participate in more social activities, interact more with people and society.

The exercise of fingers in them is a very good and interesting solution. Fingers play a very important role in human health, and finger exercises can do a magical job of relieving fatigue, reducing mental burden, and relieving stress. Therefore, finger exercises are widely used in the intellectual development of young children and the health care of the elderly in China. Some studies have found that finger exercises can prevent Alzheimer’s.

Share
Facebook
Twitter
WhatsApp
Linkedin
Email
Telegram
Previous articleSupreme Court News: Will the decision of the five-judge bench be valid or 4:3? Supreme Court removed the biggest confusion
Next articleIs Kriti Sanon really dating Prabhas? Or is it a publicity stunt!