Uric Acid Causes: Due to these reasons uric acid increases at the rate of rocket, the doctor revealed 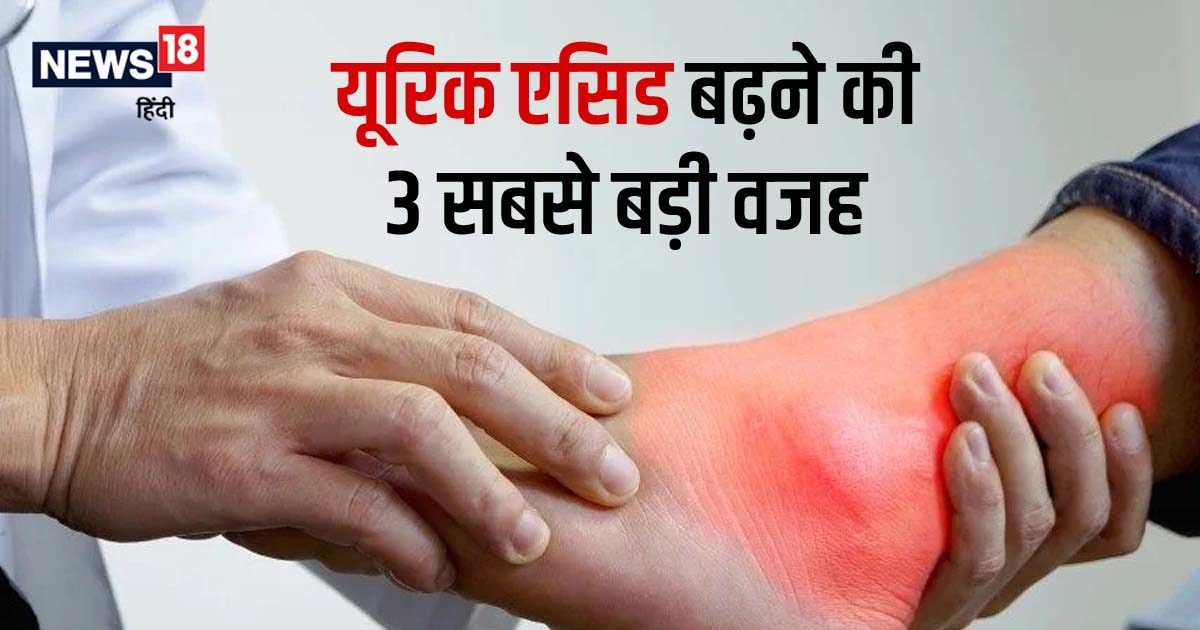 Uric acid is normal from 4 to 6.5 in men and 3.5 to 6 in women. Excessive consumption of non-veg can also cause the problem of increasing uric acid.

Uric Acid Causes, Symptoms And Prevention: At present, the number of patients of uric acid is increasing rapidly. Younger people have also started having this problem. A large number of people are not aware of this, due to which the problem increases. Uric acid is a waste product made in our liver. It reaches the kidneys through the blood and exits the body through urine. According to experts, uric acid is normal in men from 4 to 6.5 levels. Its level in women from 3.5 to 6 is considered normal. When its level becomes more than normal, then it gets deposited in various parts of the body. Gout occurs in the joints of the hands and feet when uric acid increases. If this problem persists for a long time, then there is a chance of kidney failure. Why does it increase after all? Know about this from the doctor.

Also read: Will the T1D epidemic spread in the world in the next 20 years? The study revealed

Learn from the doctor the reason for increasing uric acid According to Dr. Amarendra Pathak, Senior Consultant, Sir Ganga Ram Hospital, New Delhi, there are 3 main reasons for increasing uric acid. When the enzyme that produces uric acid in a person’s body is defective, then its production increases. In such a condition, it gradually starts accumulating. The second biggest reason for the increase in uric acid is disturbances in the functioning of the liver and kidneys. The third reason is the excessive consumption of non-veg. Uric acid increases in people who eat more non-veg. Apart from this, some other health conditions also increase uric acid.

Also read: Dengue Fever: Do not take these medicines even by forgetting in dengue, platelets will be blown up

These problems can occur due to increase in uric acid. Amarendra Pathak says that according to Dr. Amarendra Pathak, there is a problem of gout in the joints of the thumb and toe when uric acid increases. Gout is a type of arthritis, which causes pain in the small joints of the body. If the level of uric acid remains high for a long time, then there may be problems of kidney failure, kidney stones and increased blood pressure. Increased uric acid also increases the pressure on the heart and can lead to heart disease. There is no link of uric acid with diabetes. Uric acid is detected on a blood test.

How to do uric acid control – To control uric acid, stop eating non-veg. – Consuming more pulses can also increase this problem. This can be controlled by keeping physically active. – Get your blood test done from time to time and consult a doctor. – Take uric acid control medicine after consulting the doctor.