A person sang ‘Saffron’ together with a child asking for money on the roadside, see heart-warming VIDEO 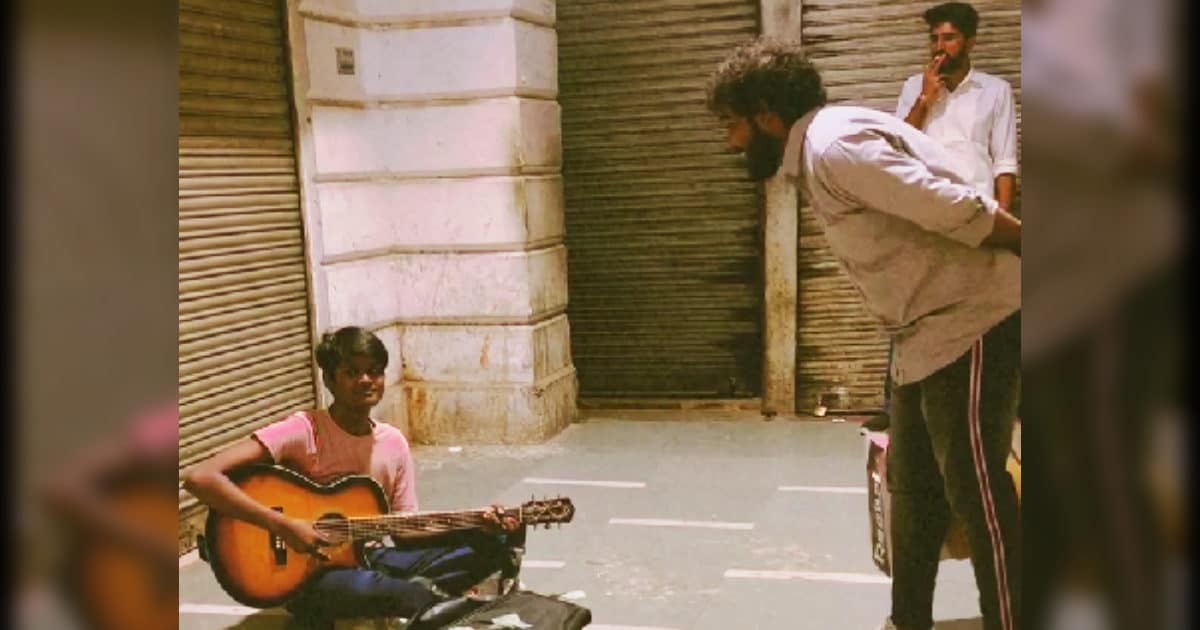 New Delhi. Bollywood actors Ranbir Kapoor and Alia Bhatt’s film ‘Brahmastra’ was very much liked by the people and this was the reason that the film also managed to earn well at the box office. Now this film is going to be released on OTT platform Hotstar on November 4. Now those who have not been able to watch this film in theatres, they can now comfortably enjoy this film at home with the whole family.

A song from this film ‘Kesariya’ became very famous among the people, and the fans showered a lot of love on this song. Although many reels were made on this song and many also shared the video of their dance on this song on social media, but these days such a video is viral on social media which will make your heart happy.

Actually, this viral video has been shot in Connaught Place, Delhi. In this video you can see that a child is singing a song sitting on the roadside with a guitar and people are also giving him money. Then a person comes there and starts singing ‘Kesariya’ with him. People on the internet are seen lavishing love on this video.

Tell me,brahmastraShashwat Singh and Antara Mishra have decorated this dance number of ‘ with their voices. At the same time, this song has been written by Amitabh Bhattacharya. In the song, Alia and Ranbir have been given beautiful steps by choreographer Remo D’souza. At the same time, the director of this film is Ayan Mukherjee.