Ajay Devgan-Tabu’s pair will be seen together for the eighth time in ‘Drishyam 2’, know how many films were super hit? 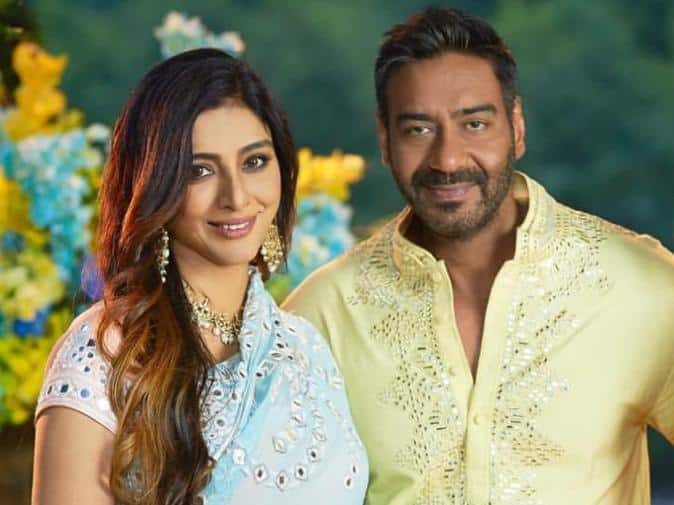 Ajay Devgn Tabu Movie List: Hindi cinema superstar Ajay Devgn’s popular film ‘Drishyam 2’ (Drishyam 2) has been released on Friday i.e. 18 November. In this film, the pair of Ajay Devgan and Bollywood actress Tabu will be seen together again. This is happening for the 8th time when the pair of Ajay and Tabu will be seen rocking the big screen. Before this, through which films Ajay Devgan and Tabu have entertained the audience, we have brought the list for you.

Ajay Devgan and Tabu are seen together in these films

The film ‘Vijaypath’, which came in the year 1994, was the first film of Ajay Devgan and Tabu. This film of Ajay and Tabu proved to be a hit at the box office. After this, Ajay and Tabu pair in films like ‘Haqeeqat’ in 1995, ‘Takshak’ in 1999, ‘Drishyam’ in 2015, ‘Fitoor’ in 2016, ‘Golmaal Again’ in 2017 and ‘De De Pyaar De’ in 2019. Had spread the charm of his performance. Out of these seven films, a total of 5 films of Ajay Devgan and Tabu proved to be super hit at the box office. Let us inform that after a long gap of 16 years, Ajay Devgan and Tabu were seen together on the big screen in the film Drishyam Part One. In such a situation, now both these Bollywood superstars will definitely have high hopes regarding their 8th film ‘Drishyam 2’.

Ajay and Tabu’s 9th film will be ‘Bhola’

The pairing of Ajay Devgn and Tabu will not stop till the film ‘Drishyam 2’. After this film, Ajay and Tabu will be seen in the film Bhola. Ajay’s film ‘Bhola’ is a Hindi remake of South Movie Kaithi. The shooting of the film Bhola has been completed and it is being told that this film will be released in the month of March next year. The special thing is that Ajay Devgan and Tabu’s Bhola will knock in theaters in 3D.