Ashok Pandit’s anger erupted on Richa Chadha, complaint filed against the actress, know what is the whole matter 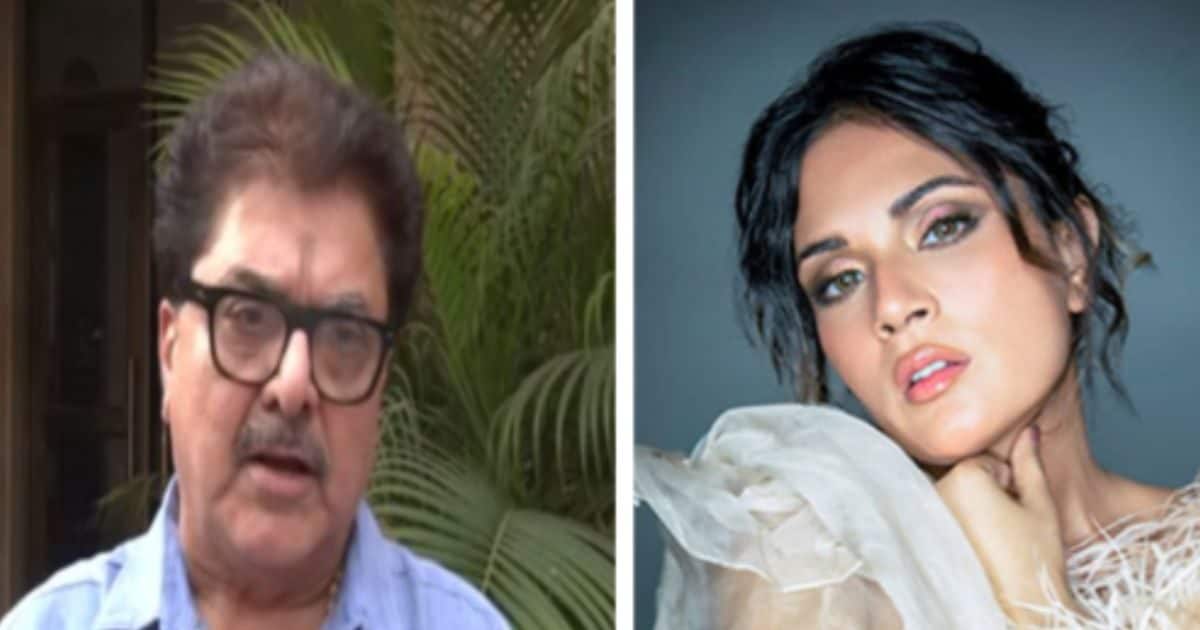 Ashok Pandit said that action should be taken against Richa Chadha.

There is an allegation of insulting the Indian Army.

Mumbai. Richa Chadha is on everyone’s target since yesterday for one of her tweets. Richa’s comment has hurt many people and everyone believes that she has insulted the Indian Army. After Akshay Kumar, now filmmaker Ashok Pandit’s anger has also erupted on Richa. A complaint has been lodged against Richa on behalf of Pandit at the Juhu police station. He has demanded strict action against Richa.

Filmmaker Ashok Pandit is deeply hurt by Richa’s comment. They feel that Richa has insulted the Indian Army and the martyrs of Galvan in this way. Pandit feels that Richa has done this insult deliberately. Please tell that after the statement of Northern Army Commander Lieutenant General Upendra Dwivedi, Richa had said, ‘Galwan is saying hi’.

Being a citizen of India…
As soon as Richa tweeted, she came in everyone’s eyes. He started being trolled for insulting the Indian Army. From BJP, Vishva Hindu Parishad to the common people, this comment of Richa was said to be very wrong. Ashok Pandit says, ‘As a citizen of India, it is our responsibility to file a complaint against those people who make wrong comments against our security forces. The army protects us and the country, so those who insult them should be considered as anti-national elements. I feel that being a patriot, I should file a complaint against him. The police will now take further action against them under the law.

This is how the matter arose, Akshay said shameful
The recent statement of Commander Lieutenant General Upendra Dwivedi came to the fore, according to which, the Indian Army is ready to carry out orders like taking back Pakistan-occupied Kashmir. This Richa had written, ‘Galwan says hi’. After this, the whole ruckus started and the matter has reached the FIR. Earlier, Akshay Kumar had also expressed grief over Richa’s comment. He said, ‘It is sad to see this. We cannot forget our gratitude towards the army. If they are then we are.’

Seeing the atmosphere deteriorating after the tweet Richa had deleted his comment. Along with this, he had also apologized to the soldiers of the Indian Army in this matter.

Share
Facebook
Twitter
WhatsApp
Linkedin
Email
Telegram
Previous articleNot only ‘Drishyam 2’, these films of Ajay Devgan also touched the figure of 100 crores in the first week
Next articleFollow these tricks while cooking in winter, there will be huge savings in gas, try today itself

‘Bhediya’ enjoyed at the box office, so many crores were printed in 3 days, yet this tension for Varun Dhawan

There were no toilets on the sets of films, had to shoot the whole day without going to the washroom: Asha Parekh

‘Bhediya’ enjoyed at the box office, so many crores were printed in 3 days, yet this tension for Varun Dhawan