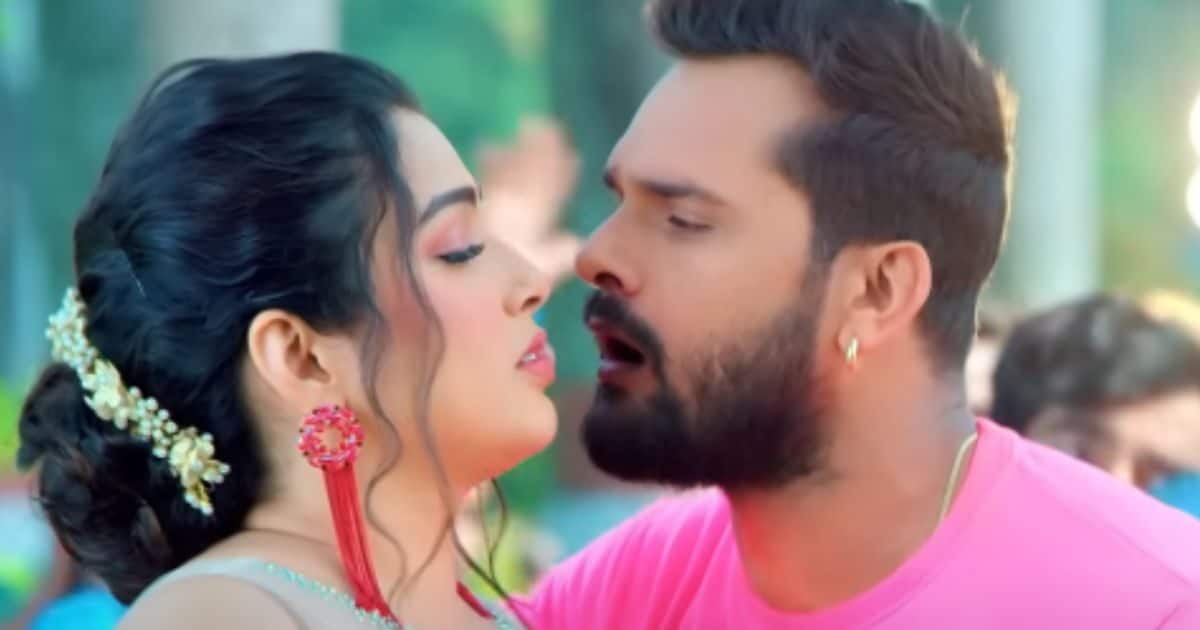 Bhojpuri stars Khesari Lal Yadav and Amrapali Dubey are in discussion about their Bhojpuri film ‘Doli Saj Ke Rakhna’ these days. This movie got a good response from the audience as well as now people are lavishing a lot of love on its songs too. In such a situation, now another song ‘Bhatar La Avatar’ of both the stars has been released from this film, which is getting great response from the audience. The song has also got millions of views. In this, the actors are seen fascinated by the beauty of their co-actress.

The video of Bhojpuri song ‘Bhatar La Avatar’ has been released by SRK Music’s YouTube channel. It is being seen in this that Khesari Lal Yadav is fascinated by the beauty of YouTube Queen Amrapali Dubey. In this, the actress can also be seen in a western look, in which she is looking very cute. There is no answer to her beauty in this. Amrapali’s expressions and expressions in the video are amazing. His video has got more than one million views. This is going viral. This song has also got more than 70 thousand likes. The song of Amrapali and Khesari has got more than one million views in a single day and people are still liking to watch it repeatedly.

The song ‘Bhatar La Avatar’ is sung by Khesari Lal Yadav and Shilpi Raj. It is being liked a lot in the voice of both. It is knocking straight in the heart. The choreography of the song is also amazing. This is the song of Bhojpuri film ‘Doli Saj Ke Rakhna’. If we talk about its starcast, then actors like Khesari Lal Yadav, Amrapali Dubey, Raksha Gupta, Vinod Mishra, Anoop Arora, Samarth Chaturvedi, Ayaz Khan are in the lead role. Its producer is Roshan Singh. Music is Arya Sharma. Its lyrics have been written by Vijay Chauhan.

Share
Facebook
Twitter
WhatsApp
Linkedin
Email
Telegram
Previous articleGood News! Now cancer can also be eradicated from the root; Vaccine will come before 2030
Next articleRecruitment for the post of Manager and Management Trainee in this bank, apply before this day

Rakesh Roshan had to take this step to make Hrithik a hero, you will be shocked to know