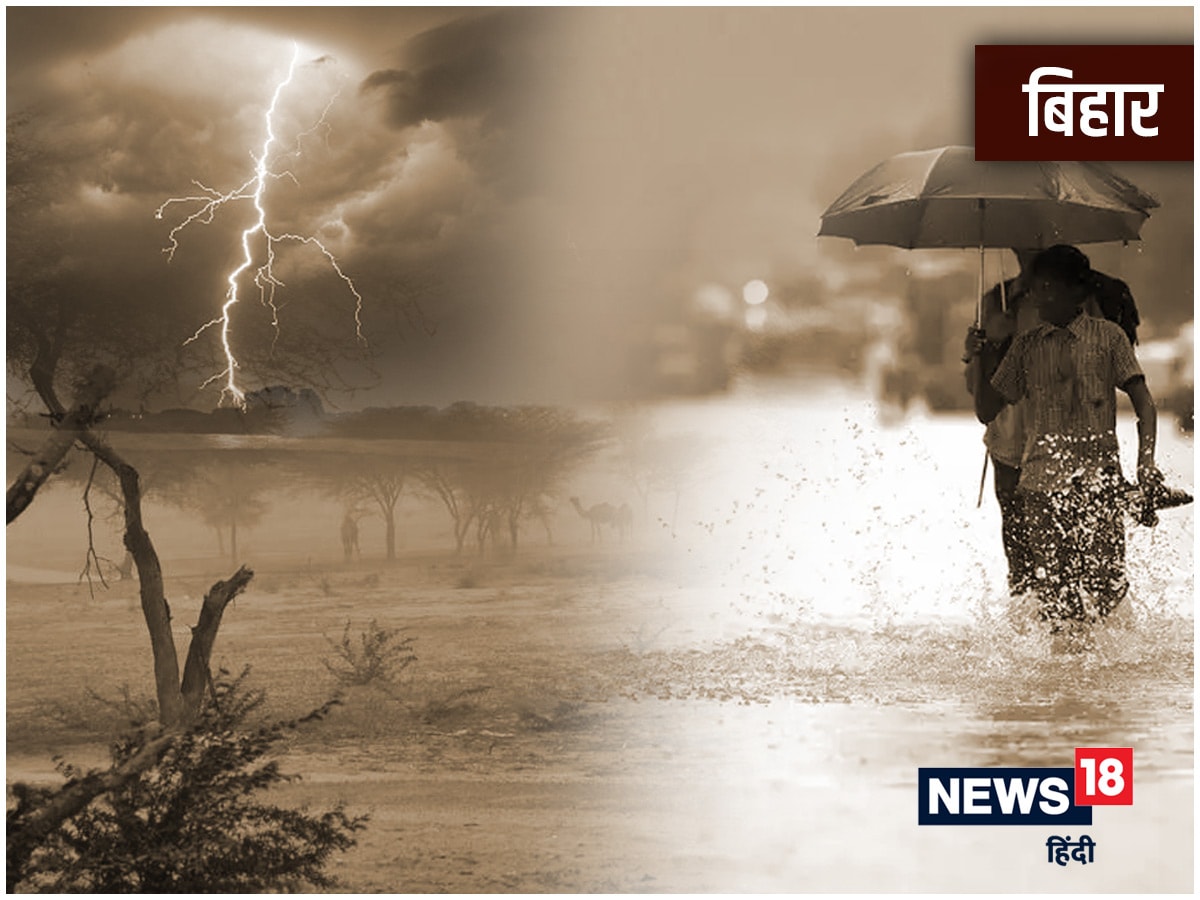 Patna. There is comforting news for the people of Bihar. The people of the state facing scorching sun and sultry heat can get relief. The Indian Meteorological Department (IMD) has predicted good rains in Bihar for three consecutive days. Let us inform that the mercury has gone up in the state due to continuous strong sunlight for the last few days. Due to this people are facing sweating heat. The biggest effect of lack of rain is on the crops. In many parts of Bihar, farmers have planted paddy. Due to insufficient rain and continuous sunlight, cracks have burst in the fields in many areas. Efforts are being made to save the crop somehow by irrigating from tube wells. In the midst of all this, the Meteorological Department has predicted good rains in the state from August 27 to August 29, 2022. This can bring a lot of relief to the farmers. At the same time, common people are also expected to get rid of the sweating heat to some extent.

According to the latest forecast of the Indian Meteorological Department, there may be good rains in almost all parts of Bihar from 27 August to 29 August 2022. During this, the possibility of rain with strong wind has also been expressed in some parts of the state. Meteorologists have also expressed the possibility of a thunderstorm (celestial lightning). Let us tell you that in this season too many people have lost their lives due to lightning. In such a situation, people have been advised not to leave the house during the rains. In Bihar, along with the common people, the farmers are also eagerly waiting for the rains. This time the pace of south-west monsoon has been sluggish in Bihar, which has a direct impact on agriculture. There has also been a decrease in the area under paddy transplantation this time. At the same time, the farmers who have planted paddy are eagerly waiting for the rain water. In such a situation, the latest forecast of the Meteorological Department is going to bring relief.

It rained well in the beginning
The southwest monsoon had entered Bihar through Seemanchal. Initially good rains were recorded in different parts of the state. Due to continuous torrential rains in the border areas, small and big rivers were inundated. This created a flood-like situation. Even the national highway was flooded in some districts of the state. The water of the river had also entered the residential areas, due to which the local people had to face problems.

Share
Facebook
Twitter
WhatsApp
Linkedin
Email
Telegram
Previous articleWeather Update: Heavy rain may occur in eastern Uttar Pradesh and Bihar today, it will rain in Odisha too
Next articleDhoom: Before the release of ‘Dhoom’ 18 years ago, the makers had an increased heartbeat, it was difficult to cut every moment!