Birth Anniversary: ​​Chemistry graduate Rishi Da was a school of cinema, his films were different in the crowd 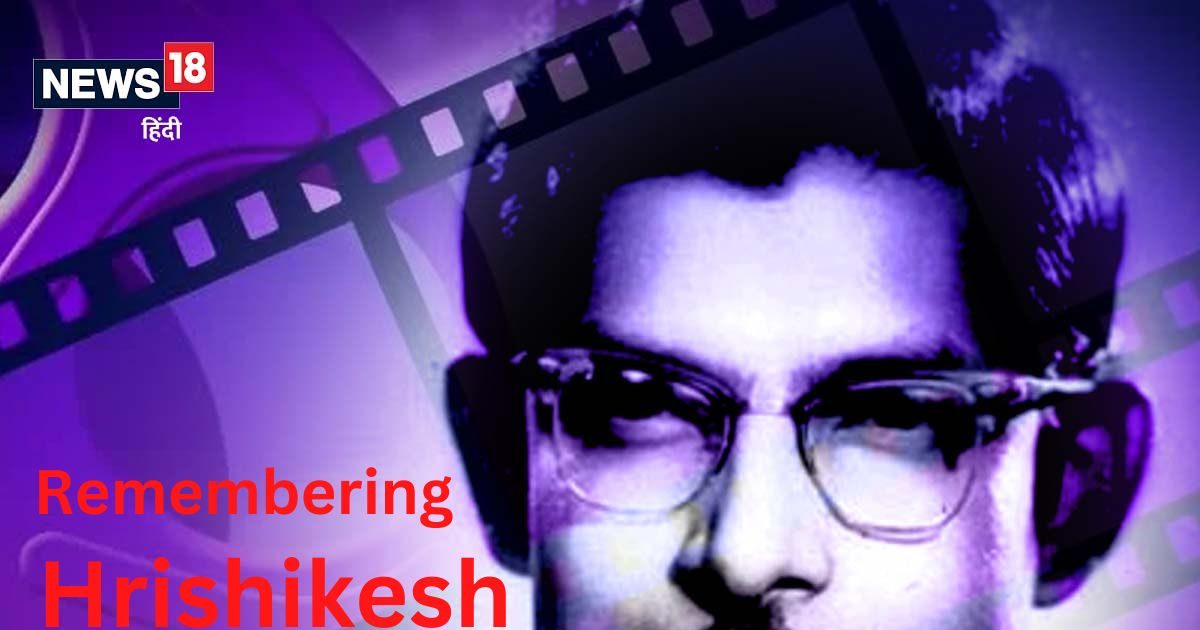 In the early days, worked as an assistant to Bimal Roy.

Hrishikesh Mukherjee If (Hrishikesh Mukherjee) is called the school of cinema, then perhaps it will not be wrong. He saw the cinema world very closely, understood and tried to give a new shape to his films. His personality and films are such a school for those who step into this world, where they can understand films and its related nuances. Today on Rishi da’s birthday let’s try to explore some unexplored aspects of his life….

Hrishikesh Mukherjee was born on 30 September 1922 in Kolkata. The smart sage da liked science very much in reading. This was the reason why he graduated in chemistry. He had a good hold on science and maths, so he worked as a teacher in the initial phase.

Mumbai brought the trend towards cinema
Rishi da had an inclination towards cinema, so he made up his mind to go into this field. First of all, Rishi Da started his work with camera work. After that he joined the editing work. He learned the art of editing from Subodh Mitter. When Rishi Da started understanding cinema, he decided to come to Mumbai. In 1951, he came to Mumbai and started working as an assistant to Bimal Roy.

Bimal Roy became the first teacher
Joining a filmmaker like Bimal Roy proved to be the best decision of his life. He started learning the nuances of cinema from Bimal Roy. Rishi Da worked as an assistant to Bimal Roy during films like ‘Do Bigha Zamin’ and ‘Devdas’. From here he took a lot of knowledge of cinema.

Glimpse of Indian culture is also special
After learning the nuances of cinema, Rishi Da stepped into the world of directing in 1557 with the film ‘Musafir’. After this, he gave many films to Bollywood like ‘Aashivard’, ‘Satyam’, ‘Guddi’, ‘Chupke-Chupke’, ‘Anand’, ‘Bawarchi’, ‘Golmaal’, ‘Alap’. Rishi Da’s films always stood out from the crowd. He used to show small things very effectively. There was another special thing about his films and that was the connection with Indian culture. A different glimpse of Indian culture was seen in his films.

Hrishikesh Mukherjee His last film was ‘Jhooth Bole Kauwa Kate’. He said goodbye on 27 August 2006 after a long illness. He was awarded Dadasaheb Phalke in 1999 and Padma Vibhushan in 2001. Apart from this, he also won many Filmfare Awards.

Share
Facebook
Twitter
WhatsApp
Linkedin
Email
Telegram
Previous articlePFI working with very dangerous intentions in UP, shocking revelations in police interrogation
Next articleWhy suddenly there is restlessness and nervousness, what is the treatment after all