Bollywood stars immersed in the celebration of 75th Independence Day, these stars including Ajay Devgan-Shahrukh-Salman hoisted the flag 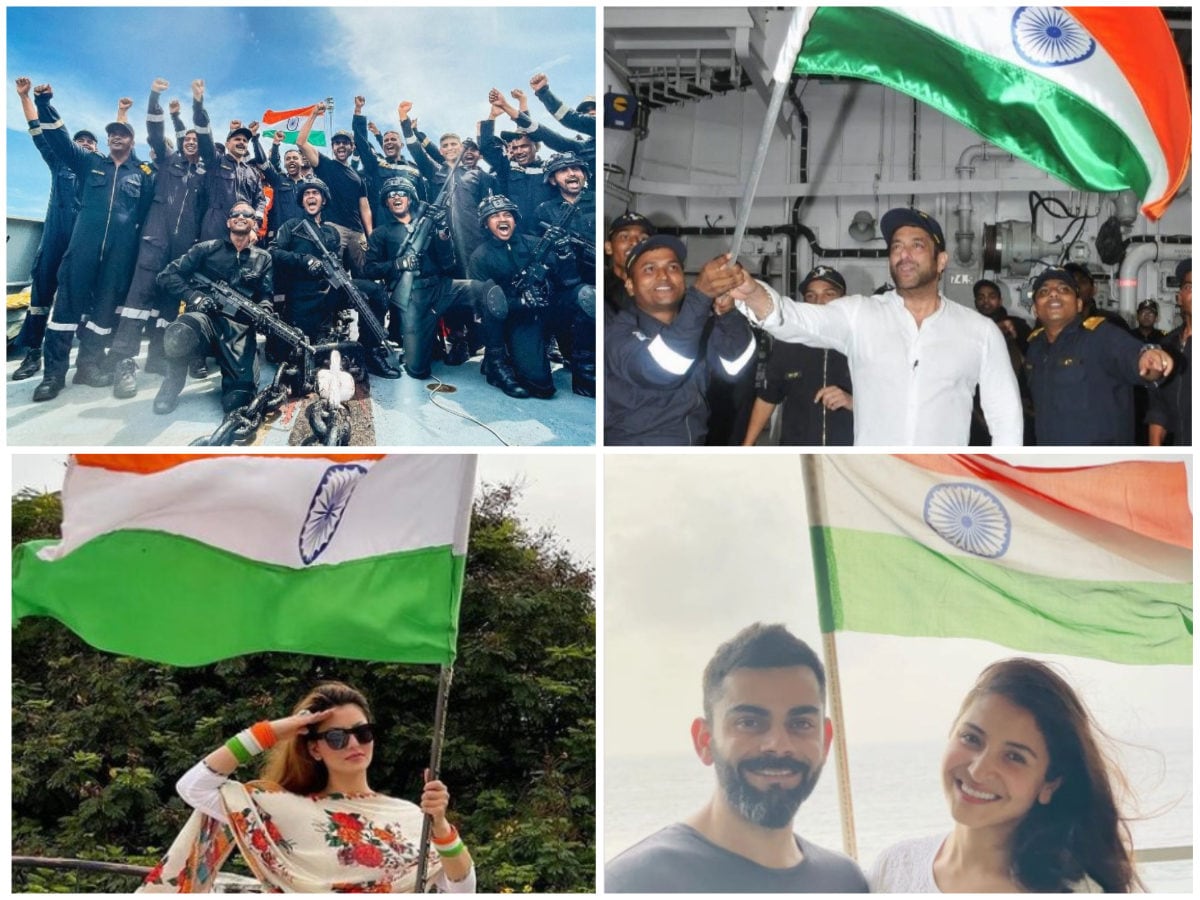 India is celebrating its 75th Independence Day today and its enthusiasm can be clearly seen in every Indian. Our Bollywood stars are also not far behind. There are more stars including Shahrukh Khan, Salman Khan, Sara Ali Khan, Priyanka Chopra, Kareena Kapoor, Vivek Oberoi, Anupam Kher, Anushka Sharma who have shared their photos and videos of fans waving the tricolor and wishing fans a very Happy Independence Day. Gave.

Salman hoisted the flag
On the occasion of Independence Day, Salman Khan took to his Instagram handle and shared a picture of himself holding the national flag in his hand. During this, Salman can be seen in a black cap with a white shirt and black trousers. Sharing the post, Salman wrote, “Wishing everyone a very Happy 75th Independence Day…Jai Hind.”

Sara Ali Khan
Sara Ali Khan has shared a tricolor collage on her Insta story, in which her mother is seen posing with Amrita Singh. In the collage, Sara shared three pictures in which she was seen in a saffron, white and green outfit. In the first picture, Sara has posed saffron with a green background. In the second picture, she is seen posing with her mother while the mother-daughter duo can be seen in white out. In the last picture, Sara is shown posing amidst the mountains wearing a green sweatshirt.

Anushka Sharma
Anushka Sharma and Virat Kohli are celebrating 75 years of Independence Day together. The actress posted a feature on her Instagram in which she is seen posing with her husband Virat with the tricolor. While sharing the photo, he also gave his best wishes to the fans in the caption. He wrote in the post, ‘Celebrating 75 years of our independence (tricolor emoji) Wishing all Indians across the world a very Happy Independence Day’.

Kartik Aaryan
Karthik Aryan celebrated independence with the soldiers of the army, whose pictures he shared on Instagram. On the occasion of Independence Day, the actor has spent his time with his Indian soldiers.

Shahrukh Khan
Shah Rukh Khan made sure to be a part of the celebration by hoisting the tricolor with his family and posing with it. Gauri Khan has given love to her fans by sharing photos and videos on her Instagram handle.

Malaika Arora
Malaika Arora has also shared a video on her Instagram and wished the fans a Happy Independence Day.