Boney Kapoor B’day: When Sridevi did not give respect to Boney Kapoor, she made great efforts to make her own 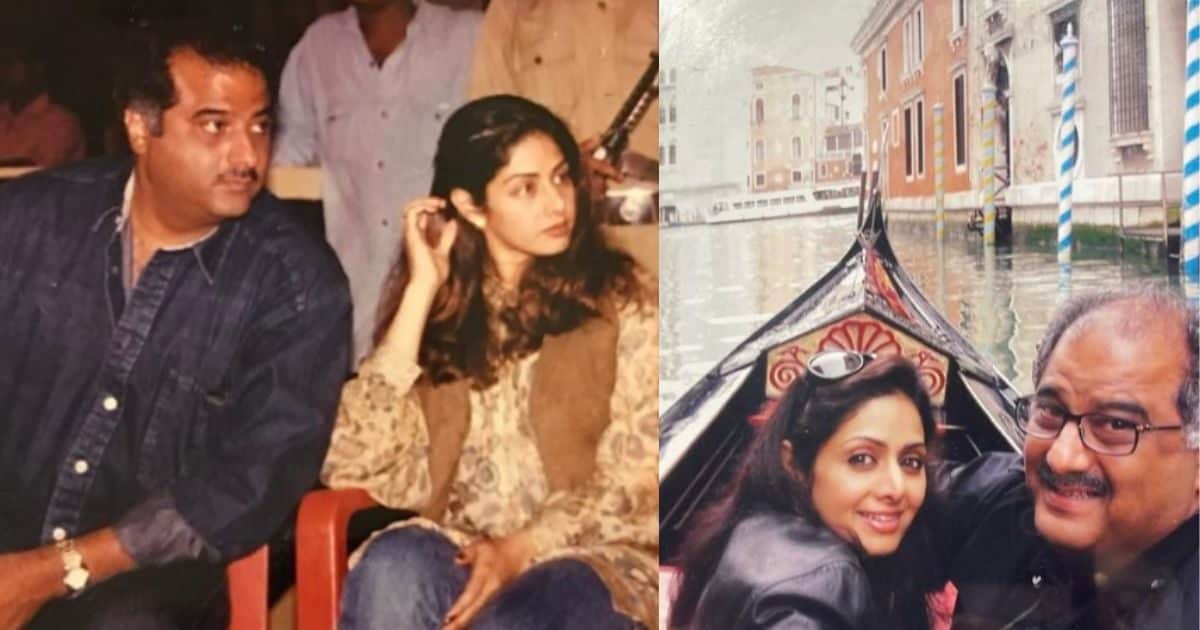 New Delhi: Boney Kapoor and Sridevi’s daughter Jhanvi Kapoor’s film ‘Mili’ is running in theatres. Boney has made a film about his daughter Jhanvi for the first time and there is a lot of discussion about this film. Both Jhanvi and Boney did a lot of promotion before the release of the film. Boney is a well-known producer of Bollywood, who has given tremendous hits like ‘Mr India’, ‘Judaai’, ‘No Entry’. Boney left no stone unturned to enhance the careers of his brothers Anil Kapoor, Sanjay Kapoor. Born on 11 November 1955, Boney did two marriages and is the father of 4 children from both marriages. While making the film, when Boney’s heart fell on Sridevi, it was not even known. On Boney Kapoor’s 67th birthday, let’s tell an interesting anecdote of love life.

When Boney Kapoor saw Sridevi in ​​the film ‘Sixteen Sawan’, his heart fell on the beauty of the actress. Boney was making the film ‘Mr India’ with his younger brother Anil Kapoor and wanted to cast Sridevi in ​​this film. At that time, Sridevi did not give sentiments to Boney Kapoor. The interesting disclosure of ‘Mr India’ film casting was made by Boney himself in an interview given to the media.

Sridevi’s mother demanded a hefty fee
Boney Kapoor always wanted to cast Sridevi in ​​’Mr India’, there was no way to reach him. Boney brainwashed and met Sridevi’s mother and offered a film for Sridevi. Sridevi’s mother had asked Boney for a fee of Rs 10 lakh for the film. At that time 10 lakh was a big amount. Boney not only agreed to the fee, but went two steps ahead and agreed to pay up to 11 lakhs.

The film ‘Mr India’ was released in the year 1987. (Photo Credits: Instagram@boney.kapoor)

Boney Kapoor’s hard work paid off
Once Sridevi’s mother became very ill, Boney Kapoor supported Sridevi a lot during that difficult time. Sridevi’s mother passed away due to illness, during which Boney gave her emotional support, which increased the closeness between the two. Boney’s caring nature touched Sridevi’s heart and agreed to Boney’s love request and got married. Boney had to divorce his first wife Mona Kapoor to marry Sridevi.

Sridevi could not support Boney for the rest of her life
Boney Kapoor and Sridevi have two daughters Jhanvi Kapoor and Khushi Kapoor. Sridevi, who is called the first female superstar of the film industry, is no longer in the world, but her daughter Jhanvi followed in the footsteps of her mother and made acting a profession. At the same time, Boney’s first wife Mona has two children, Arjun Kapoor and Anshula Kapoor. Arjun is a famous actor while Anshula is away from the film world but remains in the discussion.

The news of Prabhas-Kriti Sanon’s affair turned out to be false, Pushpa 2 created a ruckus in Russia