Dengue Fever: Do not take these medicines even by forgetting in dengue, platelets will be blown up, the risk of bleeding will increase 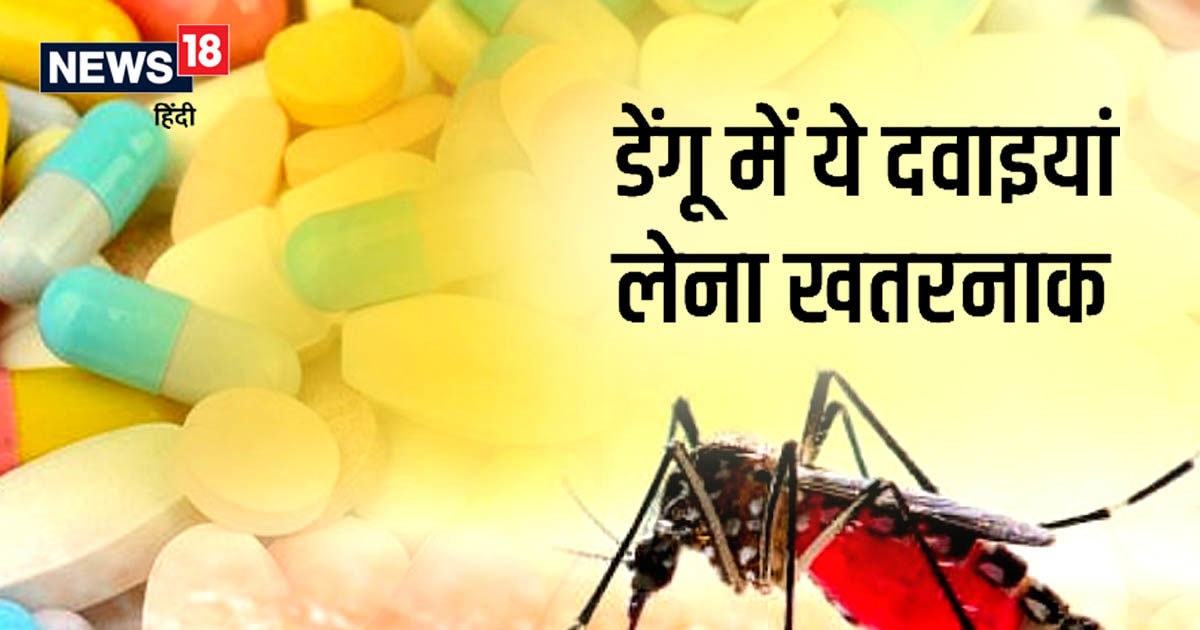 Symptoms of dengue begin to appear 4 to 10 days after the bite of an infected mosquito.

Medicines To Avoid For Dengue Treatment: Dengue cases have increased rapidly in the last few weeks. After the rains, the outbreak of mosquitoes has increased and in the meantime dengue is also wreaking havoc. Dengue is a viral infection that spreads to humans through the bite of a mosquito infected with the virus. If dengue is not treated at the right time, the patient can die. Some people start taking medicines without the doctor’s advice when they have fever, but doing so in case of dengue can be very dangerous and the platelet count can drop rapidly. Due to low platelets, many dangers arise including internal bleeding. In such a situation, the question arises that which medicine is safe to take in case of dengue and which medicines should be avoided. The answers to these questions get to know from the experts.

Know what is dengue fever from experts?
of New Delhi Dr. Sonia Rawat, Physician at Sir Ganga Ram Hospital Dengue is a viral fever and its symptoms are very common. It is spread by the bite of the Aedes aegypti mosquito. Symptoms start showing 4 to 10 days after the mosquito bite. Due to dengue, the platelet count starts falling rapidly. On seeing the symptoms, people should immediately contact the doctor and get proper treatment. Treating at home without the advice of a doctor can prove to be fatal.

Also read: Cholesterol patients see these signs on the body, then be careful, otherwise ..

Also read: The risk of this incurable disease is increasing in children due to Covid-19, you should also know

These medicines can be fatal in dengue
Dr. Sonia Rawat says that the use of paracetamol in dengue is considered the safest. This medicine can reduce fever and give relief from body pain. People should take its dosage according to the weight. Some people take medicines like body ache, headache, stomach ache, but this can lead to internal bleeding and a rapid drop in platelet count. The special thing is that dengue is a viral fever and antibiotics should not be taken in it. This also increases the risk of low platelet count. Liver disorders can also be caused by these drugs. You can take some medicines only after consulting a doctor.

Low platelets risk of internal bleeding
According to the doctor, the platelet count in healthy people is between 1.5 lakh to 4 lakh. Due to dengue, platelets decrease rapidly and sometimes the condition becomes serious. When platelets are low, the risk of internal bleeding increases in many parts of the body, including the brain. Menstrual bleeding can also occur in women. Apart from this, decreasing platelets has a bad effect on the liver and the size of the liver increases. Taking the wrong medicines can increase the problem of liver.