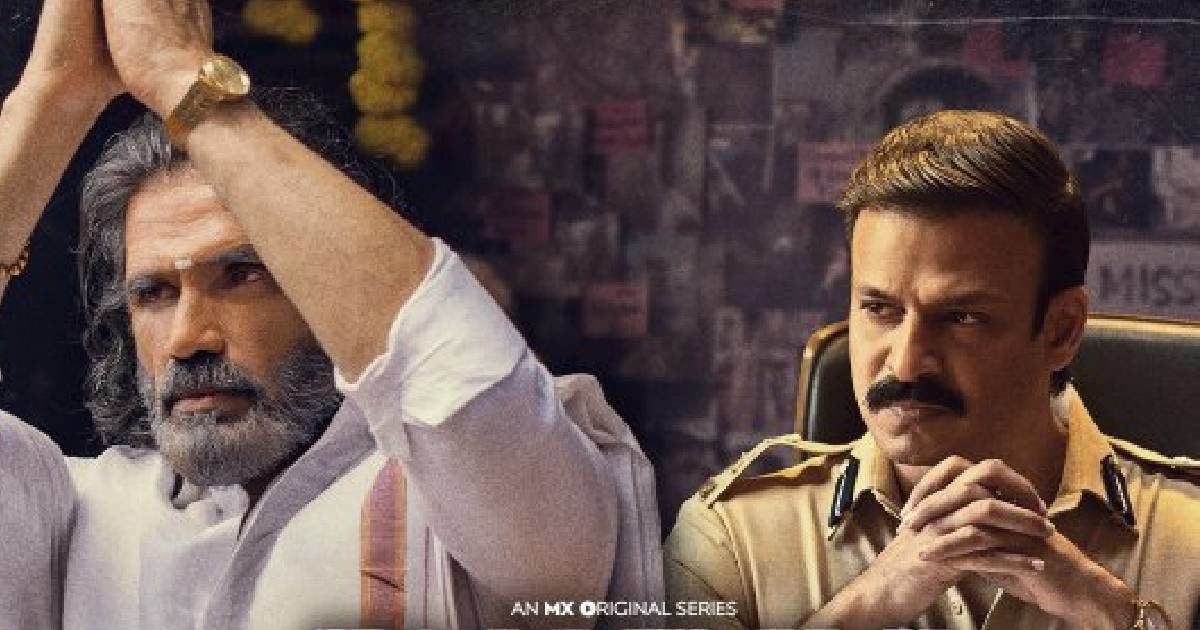 Mumbai: So far web series like ‘Ashram’, ‘Bhaukaal’ and ‘Raktanchal’ have won the hearts of people on MX Player. Now soon the story of Asia’s largest slum Dharavi can be seen on this platform. The teaser of MX Player’s new web series ‘Dharavi Bank’ has been released, seeing the teaser, it becomes clear that this is going to be a very powerful series. The most special thing about this series is its starcast in which the best stars like Sunil Shetty, Vivek Oberoi and Sonali Kulkarni are going to be seen.

If we talk about the teaser of the series ‘Dharavi Bank’ to be released on MX Player, then it starts with a banging scene. As soon as the teaser starts, there is a glimpse of Anna i.e. Sunil Shetty. At the same time, Vivek Oberoi in uniform is also looking very good on the bike. In this web series, a mutual confrontation between the two is going to be seen.

Know who will be in which role
In this powerful series, Sunil Shetty is going to be seen in the role of Thalaivan, who is involved in the kingpin of Dharavi’s crime nexus. There even a leaf does not move without his gesture. Now to end this chapter, there is an entry of Vivek Anand Oberoi aka policeman JCP Jayant Gavaskar. Those who want to set fire to the world of crime. In such a situation, it is going to be very interesting in the series to see which of the two prevails. Fans are very excited about this series.

Fans are eagerly waiting for this series produced by Zee Studios and directed by Samit Kakkar. At present, the release date of this series has not been revealed. But it is expected from the teaser that its trailer can be released soon and the web series can also be streamed by the end of this month. No official announcement has been made by the rest of the makers yet.