Diwali 2022: Baidyanath Dham will be illuminated with lamps today, know the secret of Tantric worship of Deoghar 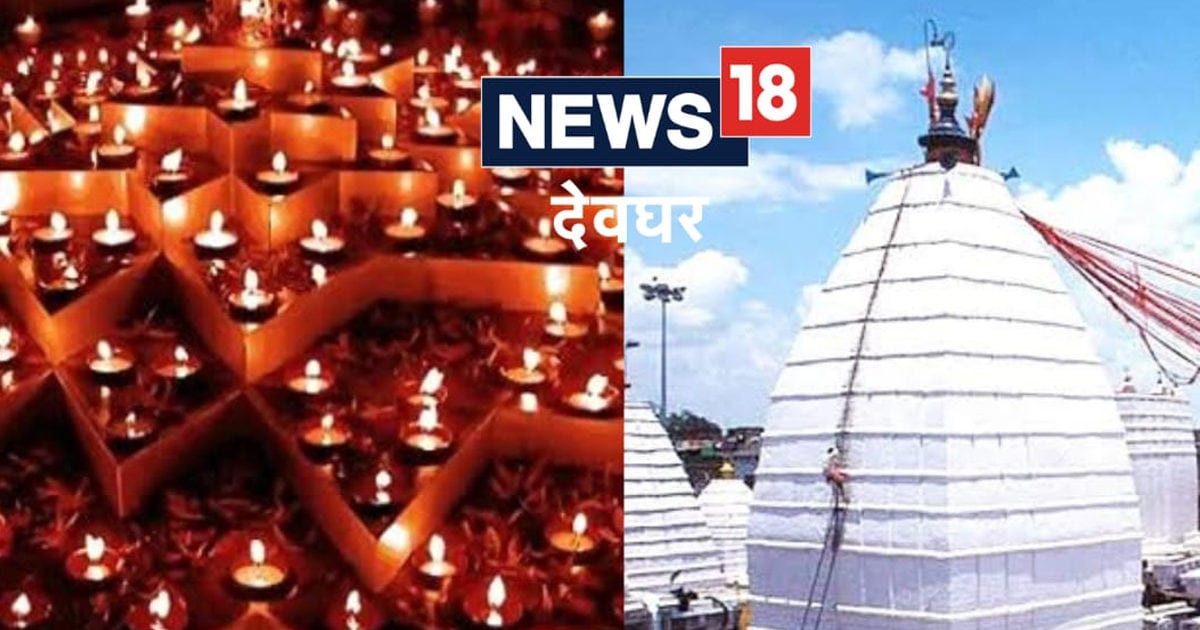 Deoghar: People’s preparations for Diwali are in the final stage. After colouring, the houses are being decorated with lights. At the same time, special preparations have been made in Baidyanath temple on Deepotsav. The people of Deoghar start Diwali by lighting a lamp in the temple. Devotees also reach from far and wide. During this, the temple is illuminated with thousands of diyas. Maa Kali, located in the temple premises, is worshiped in the night by the Tantric method. After that the sacrifice is made. The pilgrim priests of the temple make secret offerings in the Havan Kund.

The temple will be lit with lamps
Today the temple complex of Baba Bholenath will be illuminated with twinkling lamps. According to the ancient tradition, the people of Deoghar first take blessings from Lord Shiva by lighting a lamp in the courtyard of the temple, only then light diyas in the houses. Men and women from every house go to the temple with diyas and lights and pray for happiness, peace and prosperity by showing a lamp to Bhole Baba.

The tradition of sacrifice after Kali Puja
On the night of Diwali, on Kartik Amavasya, worship of Maa Kali, located in the Baidyanath temple complex, is done by the Tantric method. Only the pilgrim priests of the temple are involved in this worship. Common devotees are not allowed to attend. Here there is a practice of sacrifice after the worship of Maa Kali. When the vow is fulfilled, people from far and wide come here to offer sacrifices.

Secret substances are offered
After Kali Puja, a sacrifice is made in the Havan Kund located in the temple premises through Tantric rituals. During this, the pilgrim priests offer sacrifices of secret substances along with flowers. This ash of the pool is distributed throughout the year in the form of Bhabhut. Devotees take it to their homes as Prasad. According to the belief, applying Bhabhut on the head removes all the sorrows.