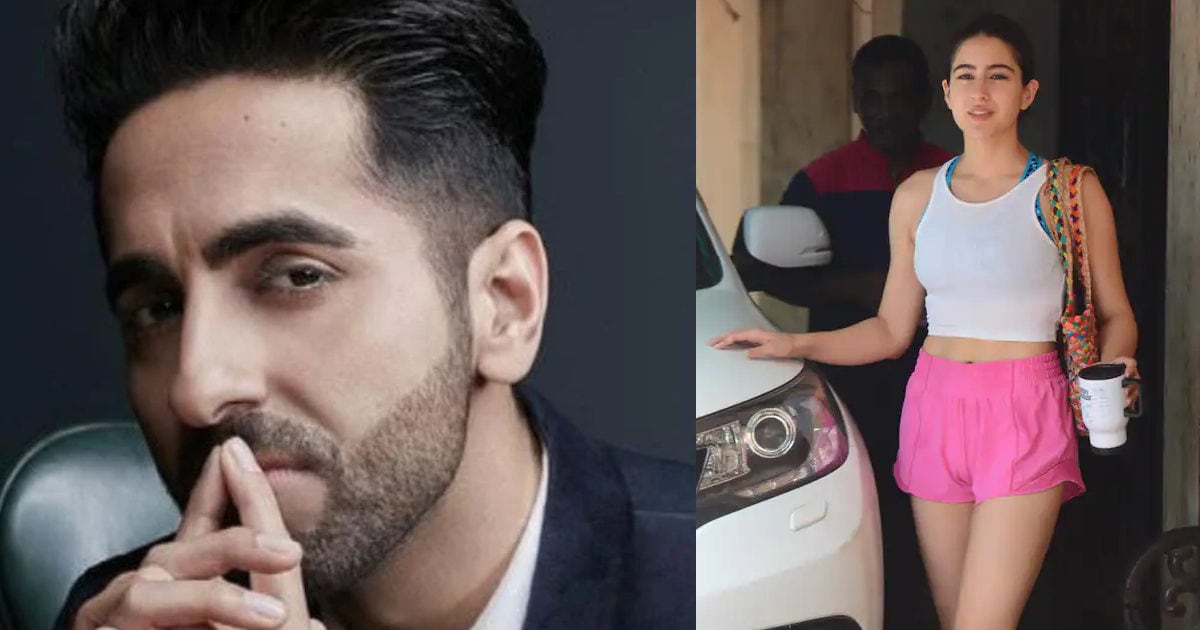 New Delhi: Bollywood superstar Ayushmann Khurrana is very active on social media. Whatever he posts, fans openly shower love on his every post. Ayushmann, who often promotes his films on Instagram, has shared a shirtless photo of himself on social media this time. This photo of him is going viral very fast. By the way, Ayushman never shares his shirtless photo like this, definitely a new update is going to come.

Ayushmann Khurrana shared shirtless photo, so fans started questioning about ‘Dream Girl 2’
Sharing the photo, Ayushman wrote in the caption, ‘May I come in? The time for action has come. I will tell you soon when I will come next time. Along with the fans, film stars are also commenting a lot on this picture of the actor. By the way, seeing this photo of Ayushmann, even Neena Gupta could not stop herself without commenting. On this shirtless photo of the actor, Neena wrote, “What do you mean… Along with this, she has also put a teasing emoji. Not only Neena Gupta, Tiger Shroff has also commented on this photo of Ayushmann.

Varun Dhawan-Alia Bhatt’s romance will be seen again on screen? The third installment of ‘Dulhania’ franchise will come soon
Varun Dhawan and Alia Bhatt made their debut together in ‘Student of the Year’ in 2019 and after that the two went on to feature in ‘Humpty Sharma Ki Dulhania’, ‘Kalank’ and ‘Badrinath Ki Dulhania’. Shared screen space in many films like Their chemistry in the ‘Dulhaniya’ franchise has been loved by the audience and now it is heard that the work on its third installment is underway.

During the screening of the film ‘Har Har Mahadev’, Sharad Kelkar surrounded by fans, welcomed with cheers
‘Har Har Mahadev’ is a film that tells the story of Chhatrapati Shivaji Maharaj and his relationship with his general, Baji Prabhu Deshpande, who eventually laid down his life while helping his king during the Battle of Pawankhand. Presented by Zee Studios, the film stars Sharad Kelkar, Subodh Bhave and Amrita Khanvilkar among others. The film is a pan-India Marathi film which has been released in 5 languages, Marathi, Hindi, Tamil, Kannada and Telugu and has created panic at the box office.

Chhath festival has a special contribution in the success of Pankaj Tripathi, the actor told that the festival has a beautiful relationship with nature
Chhath Puja is a big festival of India. The 4-day long Chhath festival has started. This is one such festival which is celebrated with pomp. Mainly Chhath Mahaparv is celebrated in Bihar, but its pomp remains from every corner of the country to abroad. This festival also has a special significance in the life of Bollywood actor Pankaj Tripathi. Pankaj is very excited about this festival and tells that every year when his mother used to do this puja, he used to go to his home in Bihar every year.

Share
Facebook
Twitter
WhatsApp
Linkedin
Email
Telegram
Previous articleToday’s Horoscope: The sum of money gains for the people of Libra zodiac, the prestige of the people of Scorpio, Sagittarius will increase.
Next articleAaj Ka Rashifal: The expenses of Capricorn will be more, Aquarius, Pisces will benefit in business