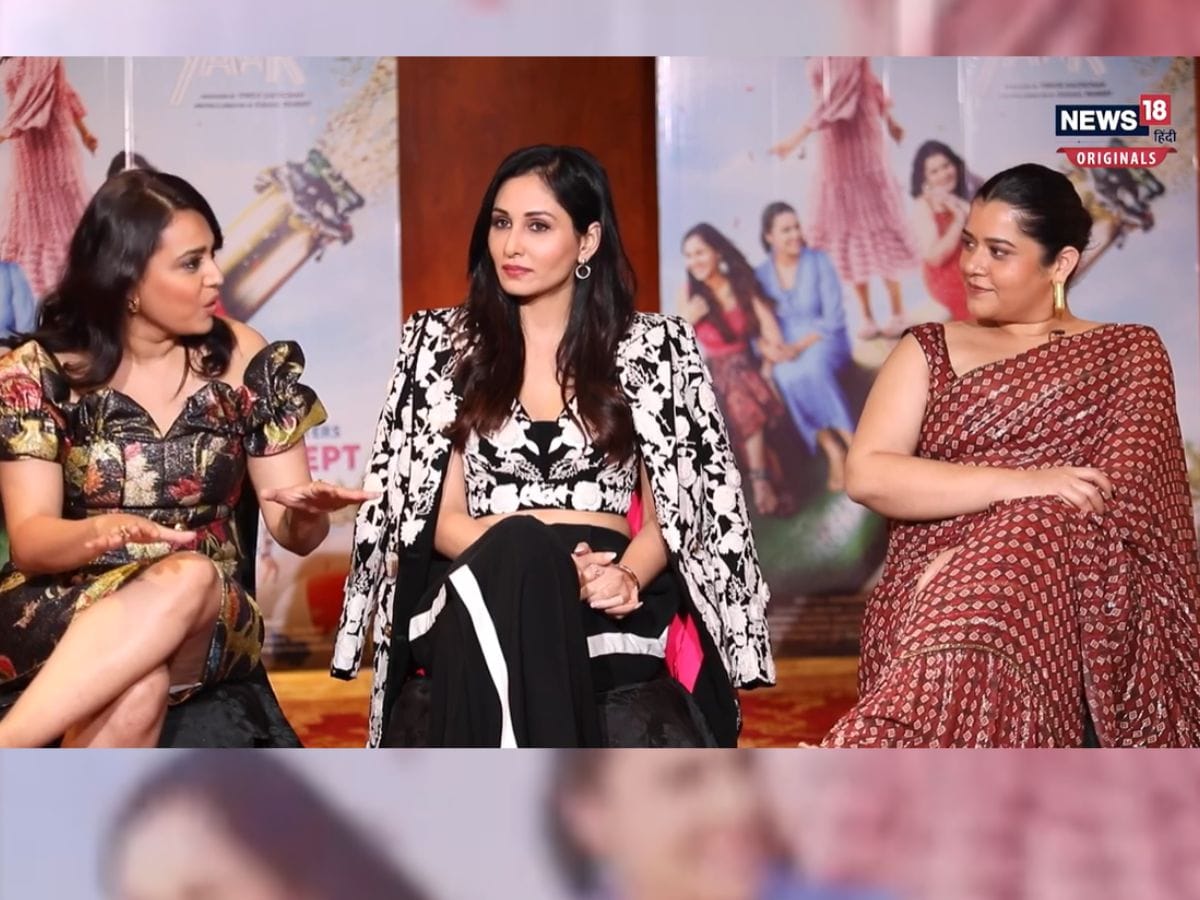 While discussing the concept of the film, director and writer of the film Kamal Pandey told how Swara, Shikha and Pooja became a part of this film. ‘How did the aunties go for a walk?’ In response to the question, he said- ‘These people did not choose this film, but they were taken by deception. When she reached this journey by deception, she came to know what she had missed in her life.

On the other hand, Swara says- ‘For the first time Bollywood, Main Stream Bollywood is making such a film, in which four housewives, from middle class families, from small town areas of India, from homes which is maximum India. For the first time I feel that there is a story of such a road trip that most of the people of India will be able to connect to, and that is a very sweet thing.

What is such a librating (freedom) thing that you think should have been done earlier?
Pooja Chopra says- ‘I was always dependent on someone for driving. But, I learned to drive a car in lockdown. On the other hand, Shikha Talsania says- ‘The libretting that I play in different characters, that I do not judge them. Must listen to the story first. This is very librating for me.

Swara Bhaskar says- ‘Two things come to my mind. The first one that happened after Nil Battey Sannata. I stopped watching the pages of newspapers and entertainment section. Because, I don’t want to compare what he is doing, what he is doing. So when I stopped comparing myself with other actors, that was the biggest freedom for me as an artist. Second, because of ‘Jahan Chaar Yaar’, I have become liberated, then because of Twitter, my image has become domineering. We all have some beliefs, we all have fears. So because of Shivangi’s character, I have got freedom from my domineering image. Because of this film, I have learned to accept my weakness.

Earlier, Swara had told how she chose this film. While discussing this, he said- ‘When I read the script of ‘Jahan Chaar Yaar’, I could not believe that it was written by a male writer, because the way the script is written, it is a married woman. All the things related to life along with his life and its troubles have been mentioned in a very beautiful way. The small details are portrayed so gracefully that it didn’t take me long to say ‘yes’ to the film.’ The film is all set to release in theaters on September 16, 2022.

The Israeli government was quick to distance itself from Lapid’s statement, took tough steps for damage control