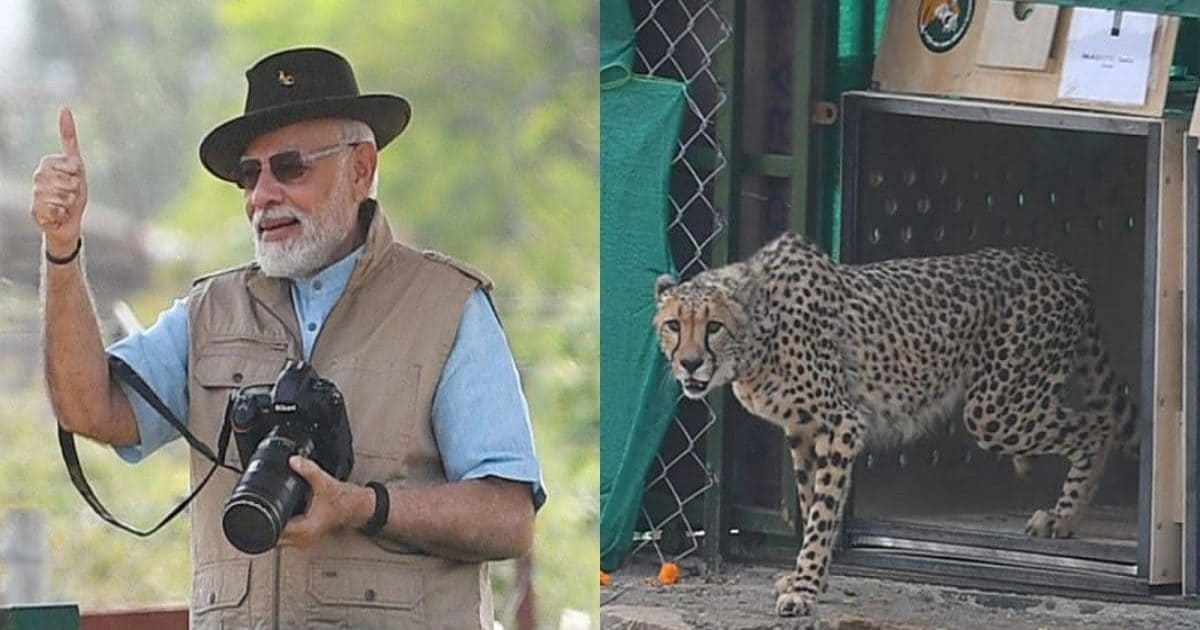 Bhopal. Prime Minister Narendra Modi is seriously trying to bring back the extinct Cheetah in India. The result of his efforts is that 8 cheetahs have been brought to India from Namibia. On the occasion of his birthday, PM Modi left these cheetahs in the Kuno National Park in Madhya Pradesh. On this occasion, he has also named one of these female cheetahs. PM Modi has named a female cheetah out of 8 cheetahs brought from Namibia as ‘Asha’. Efforts are being made to repopulate the extinct Cheetah in India.

8 cheetahs brought from Namibia were released by PM Modi in Kuno National Park on Saturday. There is an effort to repopulate this extinct species in India. According to the information, the female cheetah, which has been named by Prime Minister Narendra Modi, brought from Namibia, is 4 years old. Let us tell you that when it landed in India, the cheetah was known as Frans Indonogo. Frans Indongo is a Namibian businessman who owns a luxury game reserve. The cheetah was caught from his property. Since he is a wild animal, his name was not there when he was brought to the CCF centre. The CCF had reserved this honor for the Prime Minister as a birthday gift for the PM, so that PM Modi could name it.

Twenty-four hours have been completed for the cheetahs brought from Namibia in the Kuno National Park. The park management says that they have appeared comfortable in the enclosure since its release. Cheetahs have also hunted and have also completed their sleep well. On the first day, the cheetahs were a little scared by giving themselves to the new environment. But his demeanor has appeared normal and positive. It is being told that all the cheetahs are roaming comfortably in the National Park. The management of Kuno National Park says that at present all cheetahs are being closely monitored.