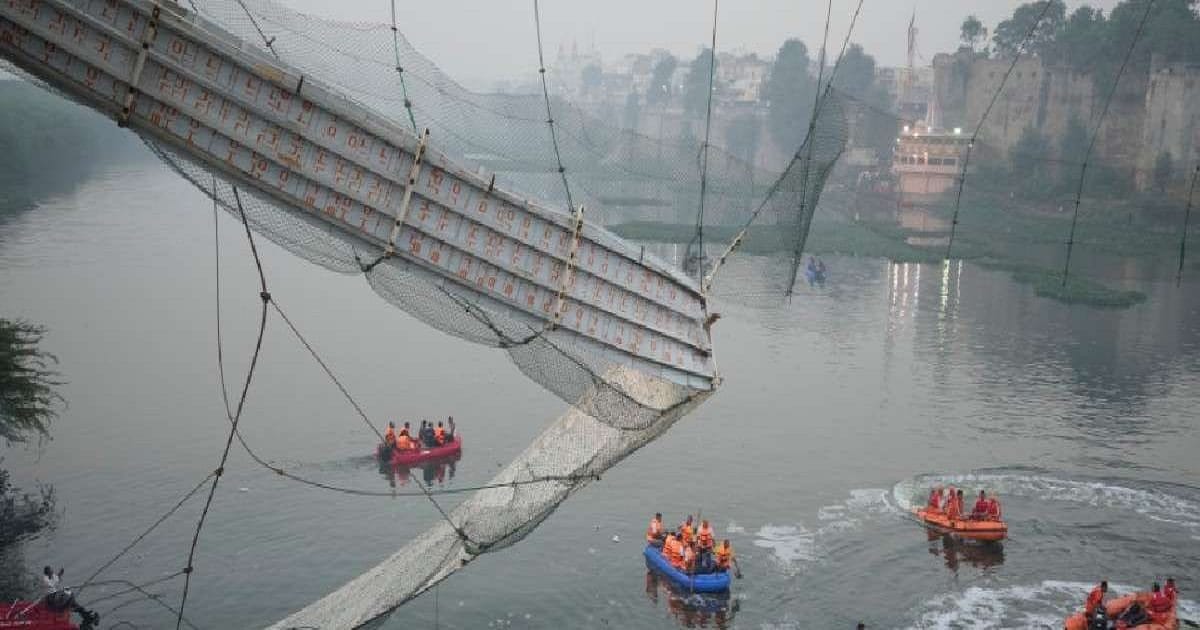 Morbi. A local court on Tuesday sent four accused, including two managers of the Oreva Group, who were arrested in connection with the cable bridge collapse in Gujarat’s Morbi, to four-day police custody. Public Prosecutor HS Panchal said that Chief Judicial Magistrate MJ Khan has sent 5 other accused arrested to judicial custody.

According to the police, a case has been registered against the accused under section 304 (culpable homicide not amounting to murder) of the Indian Penal Code. Public prosecutor HS Panchal said the police had sought the custody of the four main accused, including two managers of the Oreva Group and two sub-contractors who had allegedly repaired the bridge recently.

Also read: Gujarat Morbi Bridge Collapse: What were the flaws in Morbi Bridge, due to which it broke? These 5 reasons being told

the court Morbi Bridge The other 5 accused including the ticket booking clerk and security guard were sent to judicial custody. The police had not sought their remand. Orewa Group, a watch and e-bike maker, was given a contract by the Morbi Municipality to repair the bridge and operate it for 15 years.

Video: Shahrukh Khan said ‘Shukran’ from the Saudi desert, gave a lovely message after the shooting of ‘Dankey’ was over