Megastar Amitabh Bachchan has become a victim of Kovid-19 infection for the second time. Big B shared the news of being infected with Corona on Twitter late on Tuesday night. Since then he is in isolation at home. While the Municipal Corporation has done sanitization by visiting his house on Wednesday morning, Amitabh Bachchan has now shared the impact and experience of infection for the second time by writing a blog. Amitabh Bachchan has written, ‘Kovid won…’ Big B has also made a tweet on Twitter, in which he has written, ‘Was thinking of running very fast, a decree fell from above, where were you He stood there.

Amitabh Bachchan was earlier found to be Covid-19 positive during the first wave of corona infection in 2020. Along with him, son Abhishek Bachchan and daughter-in-law Aishwarya Rai Bachchan also had corona infection, after which all three were admitted to the hospital for a few days. In his blog on Thursday morning, Amitabh Bachchan wrote that he was constantly taking necessary steps to avoid infection, in addition to both doses of Kovid vaccine, he had also got a booster shot, but in the end Kovid won. Amitabh Bachchan has also stopped meeting fans and people at home for a long time. He is also hosting ‘Kaun Banega Crorepati 14’ on TV these days.
Related Articles

‘It is pointless to tell how the infection happened’
Amitabh Bachchan has further written in his blog that it would be ‘futile’ to give details about the corona infection. While praising the doctors and medical professionals, he wrote that the profession and passion of these front line warriors should be praised. He further wrote that everyone should maintain their faith in science.

Wow Wednesday: Dharmendra-Jitendra have given the biggest hits in Bollywood, Shahrukh-Aamir’s name is not the mark!
Amitabh Bachchan feeling helpless
Amitabh Bachchan has admitted in the blog that he feels ‘helpless’. He writes, ‘The greatest courage is to assure people that everything will be alright.’ Big B has further written that there are many such occasions in the career, when you want to ‘isolate’ from the farthest side, but it is not so. The body, mind and this complex system have forgotten isolation.

Amitabh Bachchan: Amitabh Bachchan sleeps after seeing the boycott trend, writes – wants to talk but how to do
Amitabh announced – I will not give health bulletin now
At the end of the blog, he has announced that he will no longer give his ‘Health Bulletin’ in this way. But at the same time it has also been told to the fans that he will definitely give an update about the recovery of health. Amitabh Bachchan has also mentioned ‘Kaun Banega Crorepati’ in the blog. He has been busy shooting for this show and it is understood that he has become a victim of infection in this sequence.

UPSC launches one time registration platform, details will not have to be filled again and again

Salim Khan told under what compulsion he had married Helen, first wife Salma had said this 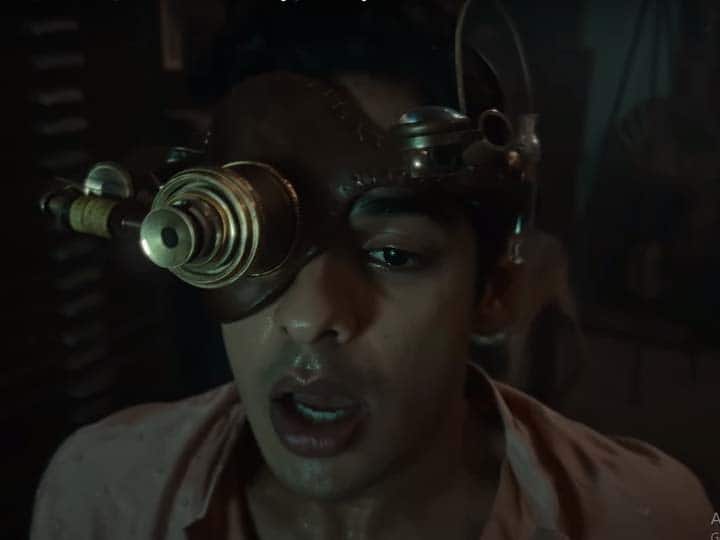 What does Salim Khan think about the career of Ek Son Superstar, Arbaaz and Sohail, revealed Photo of Kiara Advani getting ‘Mehndi’ viral, the actress was seen wearing a bridal outfit