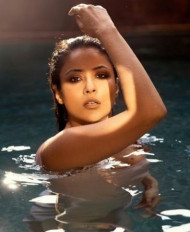 Digital Desk, Mumbai. Actress and former Bigg Boss 13 sensation Shehnaaz Gill wants Norse god Thor to pay some attention to her. Stepping up her workout, Gil, in a video, is seen trying out new styles of workout regimens to look like Natalie Portman, who plays Thor’s love interest Jane Foster in the movie Thor: Love and Thunder. plays a role.

Acknowledging that the film is an all-round entertainer with romance, comedy and action, Shehnaaz said, Thor is not only a superhero, he is also the God of Thunder! Bye god! Shehnaz also said that Thor is more fun than her. Gill said, and his comedy Uff! More fun than me. He has made his stomach hurt.

The film was released on 8 September on Disney Plus Hotstar. It is directed by Taika Waititi, scripted by Waititi and Jennifer Kaytin Robinson.