In Ranchi’s Birsa Munda Airport, a woman patient was wrapped in a sheet and put in an ambulance, the management clarified 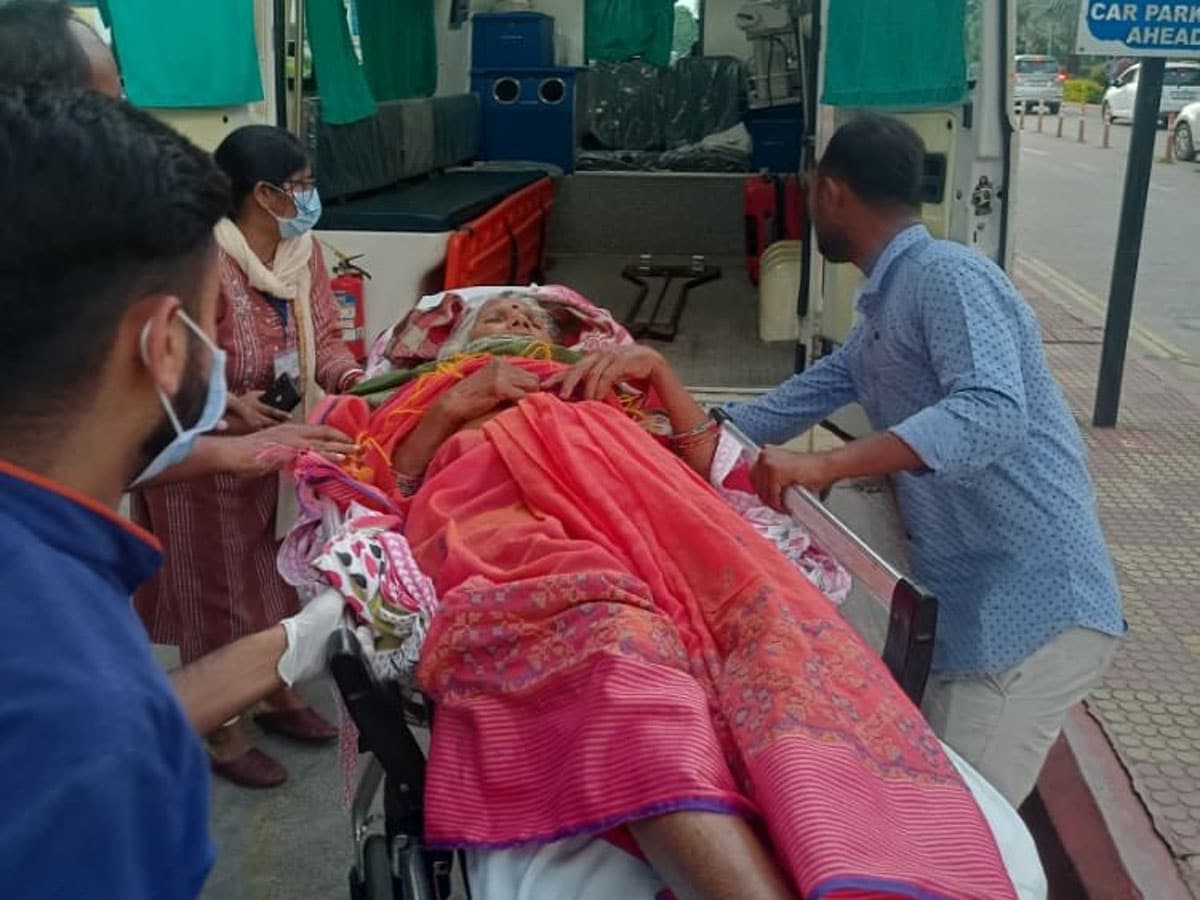 Ranchi. On September 8, a picture of a patient wrapped in a sheet and being carried in an ambulance at Ranchi’s Birsa Munda Airport went viral. Questions were raised on the Birsa Munda airport management regarding this. The question arose as to why the stretcher was not provided to the female patient by the airport management. In response to this, the Birsa Munda Airport Management has issued a release and clarified on its behalf. In the release, on behalf of the management, regret has been expressed in the whole matter. In the information given by the management, it was told that on September 8, a sick female passenger was brought to Ranchi by Air Asia flight. With them were both the husband and son of the woman.

This female passenger was given wheelchair facility in Delhi. It was also told that he did not have any other problem. On arrival in Ranchi also, the woman was given wheel chair facility by Air Asia officials. But again and again he was fainting. After which the woman’s son brought her down from the wheel chair. During this, the doctor present in the arrival hall of the airport was also informed. During this, the woman’s son had already called the ambulance of Pulse Hospital. The woman’s son took out a sheet from the bag, wrapped it in it and started taking it towards the ambulance. He didn’t even wait for the doctor.

Priyanka and Tina forgot humanity in the affair of the game, people got angry when they showed absurdity with Abdu Rojik