Jhanvi Kapoor appeared in ethnic dress at the screening of ‘Mili’, but Rekha looted the limelight, video VIRAL 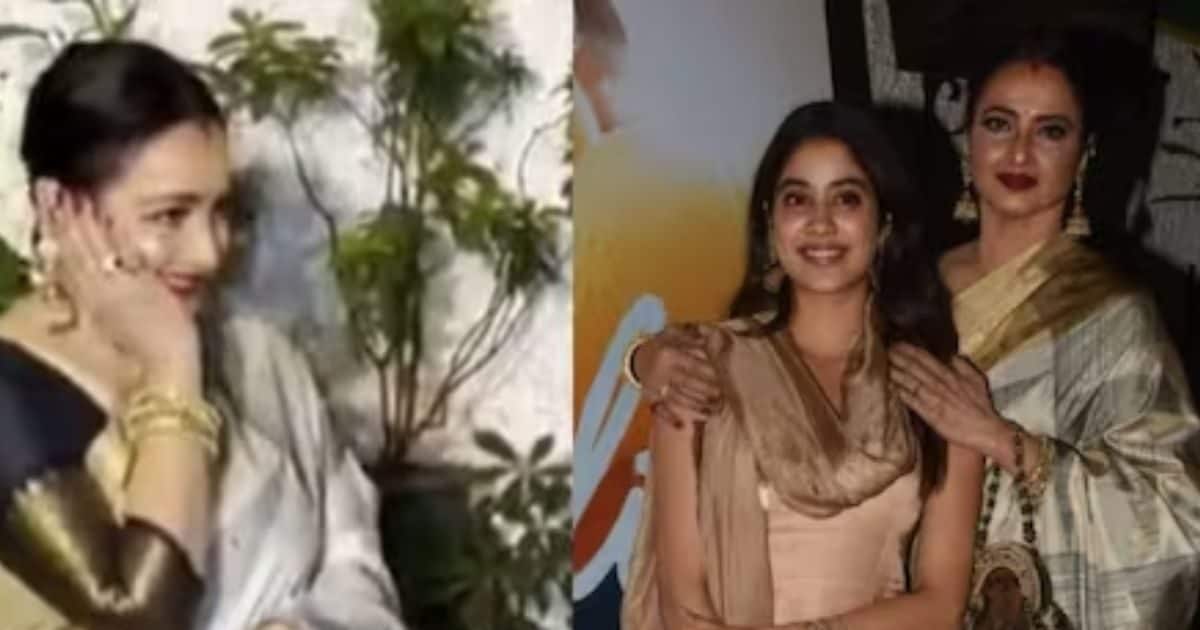 Mumbai: Janhvi Kapoor Starrer Boney Kapoor’s film ‘Mili’ has been released. Screening was held before the release of the film. All the veterans of the film industry were present on this occasion. Veteran actress Rekha also looked graceful as ever in a golden-white color sari. Seeing Sridevi’s daughter Jhanvi in ​​an ethnic outfit, Rekha showered a lot of love and the paparazzi captured these beautiful moments in the camera and shared it on social media, which became viral on sight.

Jhanvi Kapoor appeared in a peach color sharara suit at the screening of ‘Mili’. Rekha was happy to see him in this ethnic wear and hugged and fell in love. People are liking this style of Rekha very much. Not only this, Rekha’s graceful look was also enticing people. Seeing this video, netizens started praising Rekha.


Evergreen Rekha’s crazy fans
Seeing Rekha on the occasion of the screening, a fan wrote ‘She will never get old MashaAllah, how beautiful she is’, while the other wrote ‘Wow Rekha, Stunning beauty to look at Zara’, the third wrote ‘Evergreen beauty of Rekha’ All Bollywood actresses have failed in front.

Jhanvi’s first film with Papa Boney Kapoor
Jhanvi Kapoor’s heartbeat has increased with the release of ‘Mili’. The actress had recently told that ‘This is my first film with dad, so I want my work to be good for him. This pressure has increased my anxiety a little more’. However, the film is in the audience’s court.