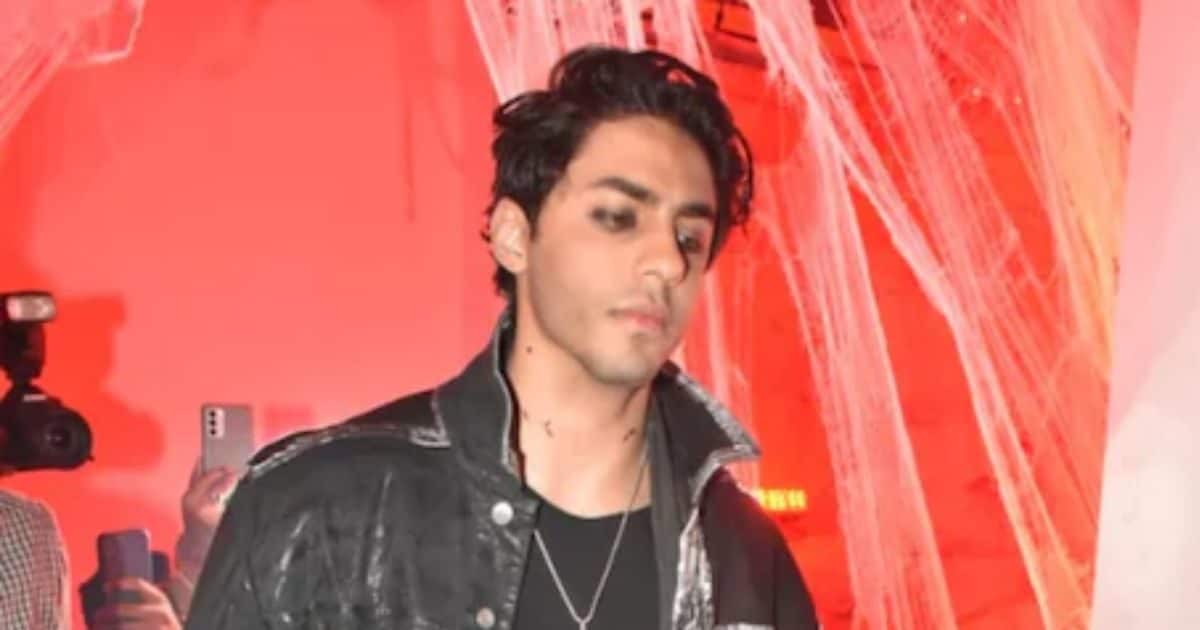 Mumbai: Orhan Awatramani is becoming a favorite of Bollywood celebs these days. Sometimes he is seen in the party of stars and sometimes there is a gathering of stars in his party. Now recently he organized a grand Halloween party, in which many stars including Aryan Khan, Ananya Pandey, Shanaya Kapoor attended. A video of Shah Rukh Khan’s son Aryan Khan has surfaced from this party, in which he can be seen in a tremendous look. At the same time, after seeing this look of Aryan, the fans have also remembered Shahrukh Khan’s ‘Raees’ look.

Aryan Khan wore black pants, black T-shirt and black jacket for Orhan Avtramani’s Halloween party. Along with this, he wore a silver chain. But what was different about her look was Kajal. For Auri’s Halloween party, Aryan completed his look with Kajal and his dapper look is being liked by the fans.

Celebrity photographer Viral Bhayani has shared this video of Aryan Khan, in which he can be seen making his way through the crowd of paparazzi among his bodyguards to go to the party. Many users have reacted to the video. At the same time, Aryan interrupts one of his security personnel, who was trying to save him from the crowd with the help of an umbrella.

After seeing this look of Aryan, most of the users are comparing him with his father Shahrukh Khan. Many can also be seen referring to Shahrukh’s Raees look. Shahrukh had applied kajal in his eyes in Raees in 2017. Pakistani star Mahira Khan was also with him in this film. However, fans have often been seen comparing Aryan to Shahrukh Khan.

Aryan Khan was recently seen in a Diwali party adorned with many stars. He attended a party organized by many stars from Bhumi Pednekar to Amritpal Singh Bindra, Manish Malhotra. During this, sister Suhana Khan was also present with her, who robbed the gathering with her traditional look.

Share
Facebook
Twitter
WhatsApp
Linkedin
Email
Telegram
Previous articleAlong with aging, these 5 big changes happen in menstruation, know about them
Next articleShare Market: Next week these factors will decide the movement of the market, investors will have to keep an eye