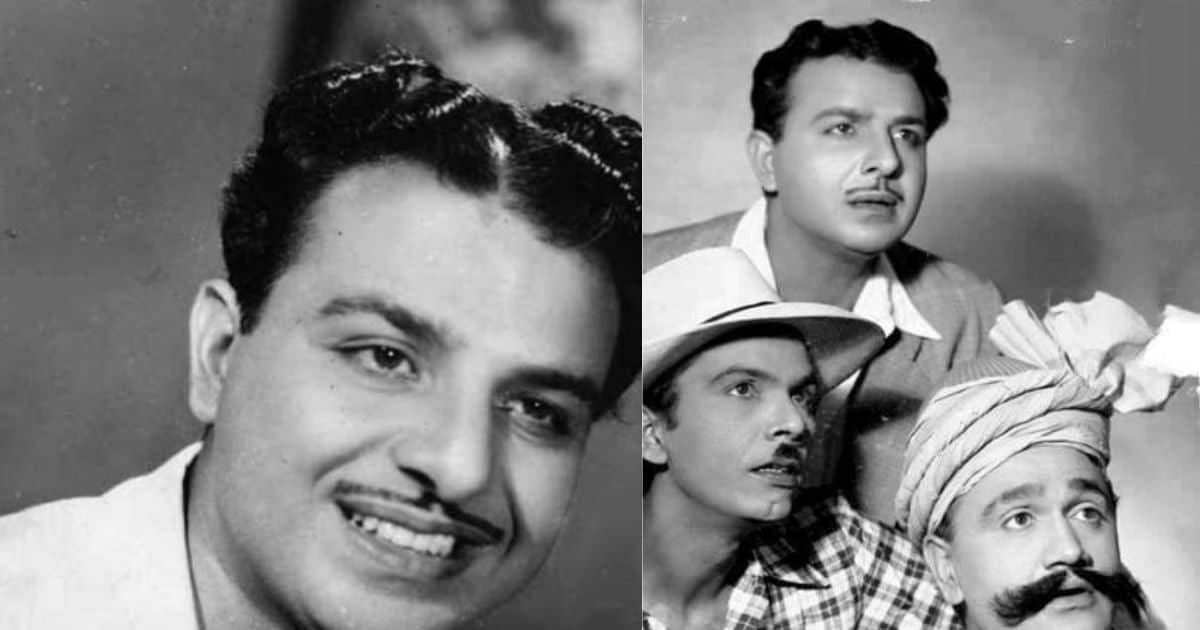 New Delhi: Very little is known about Karan Dewan, born in the British era in Gujranwala, Pakistan on 6 November 1917. The veteran actor of Hindi cinema had worked in more than 70 films. Actors who are interested in film history will definitely be aware of Karan. He was not only a great actor but also an amazing singer. Handsome Karan was a journalist by profession who was the editor of Urdu film magazine. It is said that Karan started journalism from his college days. When he felt the worm of acting while writing in films, he got the support of Tarachand Barjatya, who laid the foundation of Rajshree Productions and entered Hindi cinema and had become a Jubilee star on sight. On Karan’s birth anniversary, he tells things related to him.

Karan Dewan did his studies in Lahore. While studying in Lahore, he became interested in journalism and started working in Urdu magazine named ‘Jagat Lakshmi’. It was during film journalism that Karan met Tarachand Barjatya, who was a local distributor at that time and used to be the manager of Chandanmal Inder Kumar’s distribution office in Lahore. Karan expressed his heartfelt desire to work in films only during his meetings with Tarachand. Due to Tarachand’s connection, Karan came to Kolkata in 1939 and made his acting debut with the Punjabi feature film ‘Puran Bhagat’.

Karan Dewan was the lead actor of the 1944 hit film ‘Ratan’.
Karan was the brother of Jaimini Dewan, a well-known film director and producer of that era. Karan may have started work with a Punjabi film, but in the year 1944, the film ‘Ratan’ gave him special recognition and it is said that it became a big hit film of 1944. The producer of this film was his brother Jaimini. In this film, Karan sang the song ‘Jab Tum Hi Chale Pardes’ under the direction of music director Naushad, which became a huge hit. Not only this, he also sang in films like ‘Piya Ghar Aaja’, ‘Mitti Ke Toys’. Worked with Johnny Walker and Om Prakash in the 1955 film ‘Musafirkhana’, this film was also a tremendous hit.

Karan Dewan was considered a Jubilee Star
Karan had made a name for himself by working in more than 70 films from 1941 to 1979. Out of 70 films, 20 films were Jubilee hits. Karan’s famous films are ‘Zeenat’, ‘Lahore’, ‘Dahej’, ‘Pardes’, ‘Bahar’, ‘Musafirkhana’, ‘Teen Batti Char Rasta’. The success of these films made Karan a Jubilee Star. His last film was ‘Atmaram’ in 1979.

Karan Dewan married co-actress Manju only after the release of the film ‘Ratan’. Karan died on 2 August 1979 in Mumbai.

Share
Facebook
Twitter
WhatsApp
Linkedin
Email
Telegram
Previous articleShould radishes be eaten in diabetes? Expert told 4 big benefits of eating radish
Next articleHow to get duplicate RC of car or bike? You can also apply sitting at home, know what is the way?