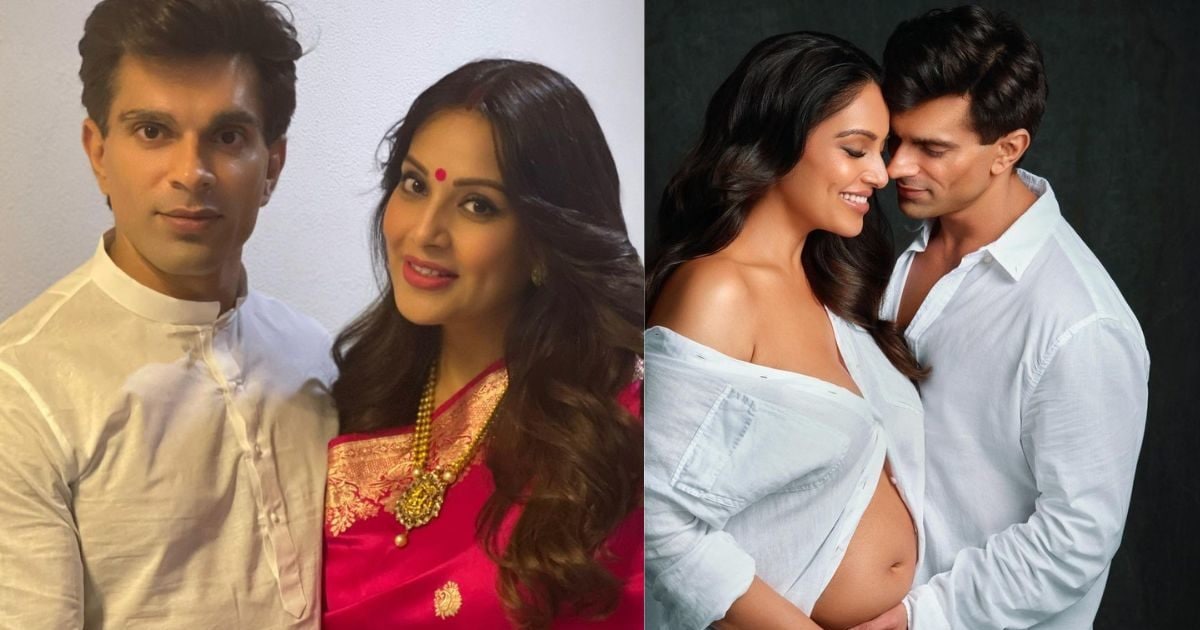 Bipasha Basu and Karan Singh Grover are one of the most popular couples in Bollywood. This famous couple is going to become parents soon. Recently, this actress has been seen outside Hinduja Hospital in Mumbai.

During this, this actress appeared in a very casual look. Bipasha was wearing a black dress and she tied her hair in a knot. She is seen in a no make-up look. Her husband Karan Singh Grover was also seen with Bipasha Basu.

His photos and videos were taken by the media while leaving the car and going to the hospital and this video is becoming quite viral on social media.


Many of his fans have also commented on this video of him with heart emoji.

In August this year, Bipasha Basu shared the news of her pregnancy with her fans by sharing a photo on her Instagram handle.

The information about pregnancy was shared by sharing this photo. (photo credit- instagram @bipashabasu)

In the caption of this photo, she writes, “A new time, a new beginning, a new light connecting our lives.”

As soon as she shared this photo, there was a flood of good wishes in her comment section. From their friends in the industry to their fans, everyone was seen congratulating the couple.

Commenting on this photo of Bipasha’s maternity shoot, Malaika Arora wrote “Congratulations” with a heart emoji, while Sophie Choudry wrote “Best BEST BEST NEWS EVER MY DARLIN!!! I am very happy for both of you.”

The meeting took place on the set of the film ‘Alone’.
Let us tell you, actress Bipasha Basu and Karan Singh Grover met on the sets of 2015 horror film ‘Alone’. The film was directed by Bhushan Patel.
After dating for almost a year, the couple tied the knot in April 2016.

Share
Facebook
Twitter
WhatsApp
Linkedin
Email
Telegram
Previous articleSuicide bomber blew himself up minutes before Friday prayers in Pakistan
Next articleAjay Devgan and Suriya were seen in the National Awards, sometimes they were seen chatting and sometimes posing