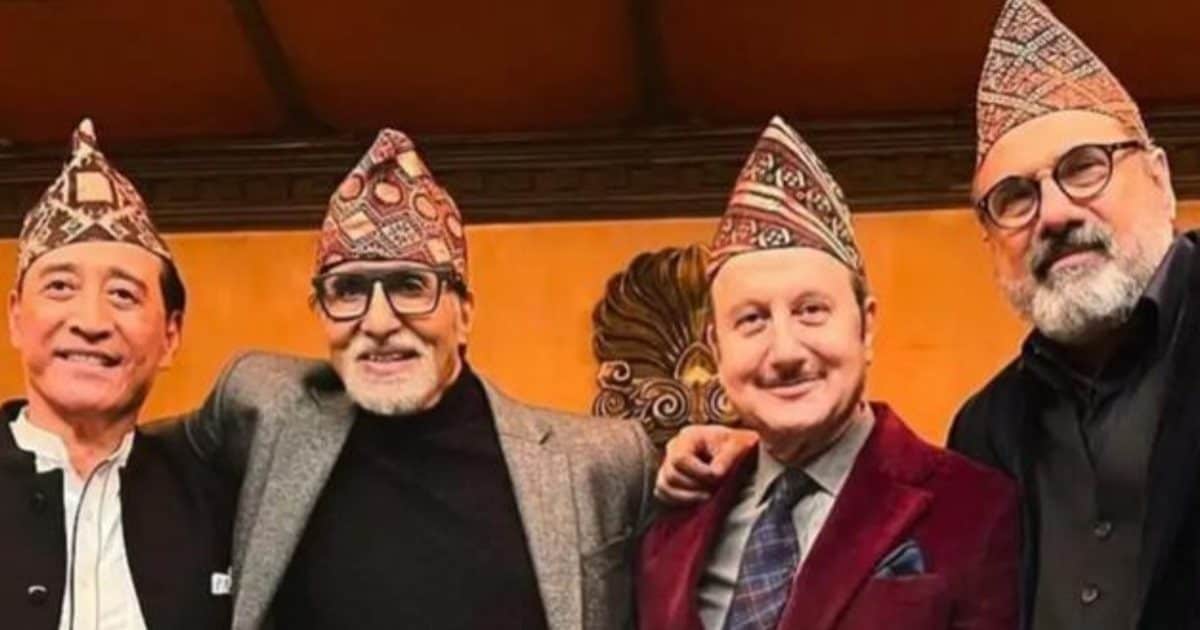 New Delhi: The first song of Sooraj Barjatya’s ‘Uunchai’ has been released. Titled ‘Katie Ko’, the four stalwarts Amitabh Bachchan, Anupam Kher, Boman Irani and Danny Denzongpa are dancing together on the dance floor. The song mostly revolves around Amitabh, Anupam and Danny, who are harassing Anupam by dancing like his lover. They are seen wearing a traditional Nepali cap while shaking their legs together.

‘Kati Ko’ is sung by Nakash Aziz, music composed by Amit Trivedi and lyrics by Irshad Kamil. ‘Uchai’ is the story of four friends who live with each other in good and bad times. Danny’s character dies after telling him his dream of climbing Mount Everest, the other three go on to fulfill his dream after his death. The film also stars Neena Gupta, Sarika and Parineeti Chopra.

This film looks different from Sooraj Barjatya’s previous films like ‘Prem Ratan Dhan Payo’, ‘Hum Saath Saath Hain’, ‘Vivah’. According to media reports, he had said at the trailer launch of the film, ‘In this film, I have got away from all my earlier trappings. There was an attraction that if you take the name of Prem, the film will run, but I have let it go. In the pandemic, everything was slipping, so there was no point in catching anything. This is the first time the filmmaker has traveled far and wide for the film. The film was shot in Kanpur, Agra, Gorakhpur and even in the snow-clad Himalayas.

Share
Facebook
Twitter
WhatsApp
Linkedin
Email
Telegram
Previous articleAnother feat of Apple Watch, the life of a 12-year-old girl was saved, you will be stunned to know
Next articleLinkedin’s big action, 3 lakh Apple employees’ accounts removed in one day