Know this Muslim family of Aligarh, who also goes to the temple and also the mosque; Father had built Shiva temple 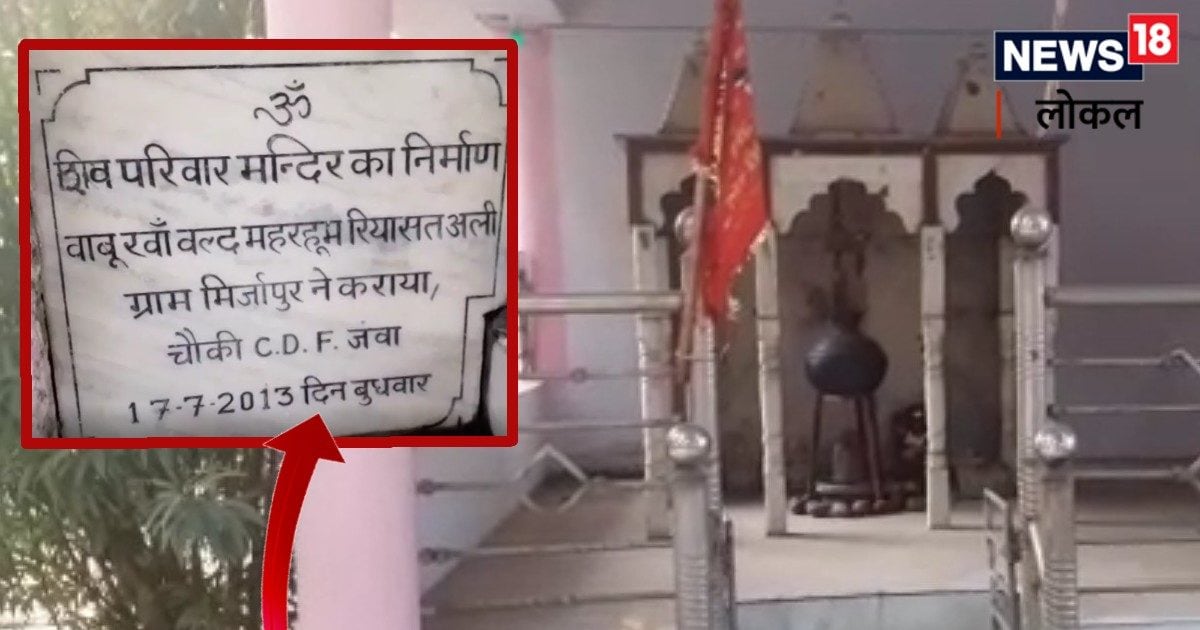 Babu Khan of Aligarh, who built the Shiva temple, himself used to clean and worship this temple.

Today, Babu Khan’s body may not be there in this world, but that building of national unity is still standing with great heights and people remember Babu Khan with reverence even today on the pretext of this building. Let us inform that Babu Khan of Aligarh had constructed a Shiva temple outside his village in 2013. He himself used to take care of this temple. Therefore, even today when people coming from far and wide have darshan of Lord Shiva, they do not forget to praise Babu Khan.

Babu Khan, the head husband of Mirzapur Siya village of Jawa police station area, about 7 km from Aligarh, had been worshiping Lord Shiva since childhood. One day the idea of ​​building a temple came in his mind and on the date of 17-07-2013, Babu Khan got the Shiva temple constructed by investing half his capital and with the help of the rest of the people around. For this the place near the CDF police post built near village Mirzapur was chosen. After cleaning the temple, it was included in the daily routine of Babu Khan to offer water to the idols. By the way, Babu Khan’s family consists of his principal wife Shama Parveen and 5 children.

According to Mohammad Shoaib, son of Babu Khan, father used to tell that his father and grandfather also worshiped Lord Shiva. Seeing him, his father also started worshiping him since childhood. There was no temple near the village. The people of the village had to travel long distances for worship. That is why he got the idea of ​​building the temple. The temple was established by Pandit Vishal Pandey, who came from Prayagraj. Father was also honored with Ram-Rahim and Ganga-Jamuni Tehzeeb Award by Aligarh District Magistrate in 2013. In my family, only my father Babu Khan used to go to the temple for worship. But now the whole family cooperates in the temple works. I also believe in all religions. I also go to the temple – I also go to the mosque. I celebrate both Deepawali and Eid. I believe that politics should never be done about religion.