Leopard had gone to hunt deer, monkeys came to help, see what happened then… 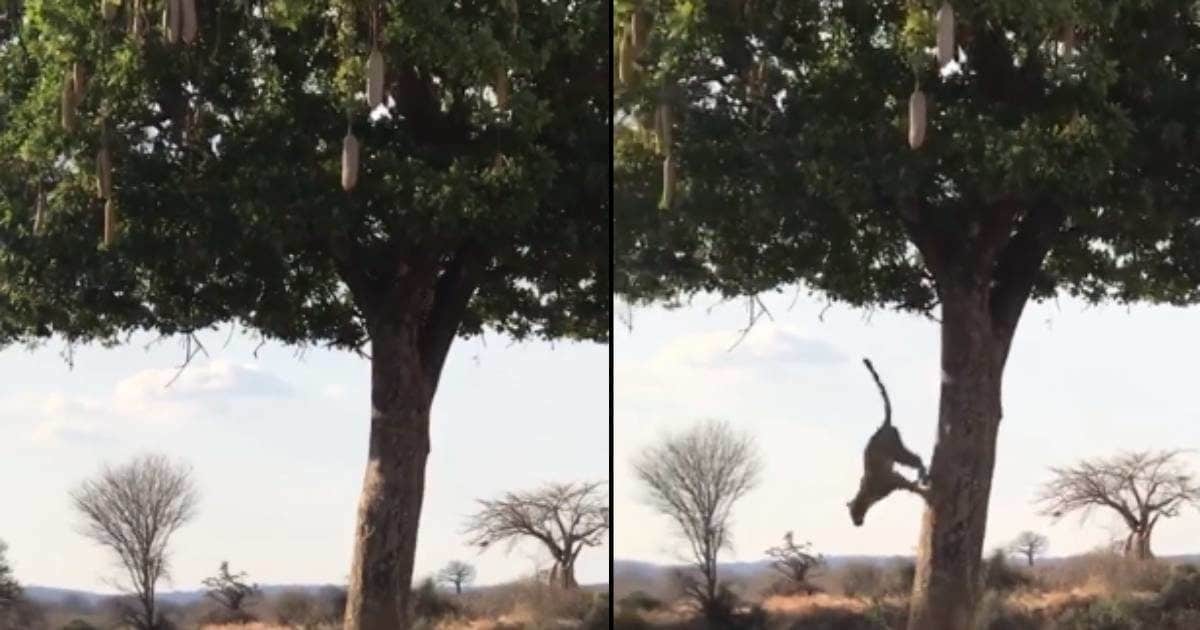 Leopard killed deer brutally: Jungle Stories As funny as they sound, life in the jungle is as difficult as it gets. Only the one who is more powerful can live here for a longer time. Many tales of hunting and hunters are often seen in the forest. If there are lions, tigers, leopards involved in dangerous predators, then the chances of survival of the victim are very less. The video of one such dangerous victim is going viral at the moment.

Leopard attack, monkeys help
In the video going viral, you can see that some monkeys and deer are roaming under a tree in the forest. All the animals are roaming freely, but they do not know that a ruthless hunter is sitting on top of a tree ambushing them. The deer is looking at it by moving its eyes here and there, when suddenly the leopard attacks it. The leopard directly grabs the neck of the deer and drops it on the ground and it kills it and tries to eat it. A group of monkeys also come to his aid, but seeing the attitude of the leopard, they too run away.

dangerous hunting video
This video has been shared on social media with a Twitter account named @Animal_WorId. Till now thousands of people have seen it and many people have liked it. The specialty of this video is that creepy face of the forest, which is going to show the struggle for breath.