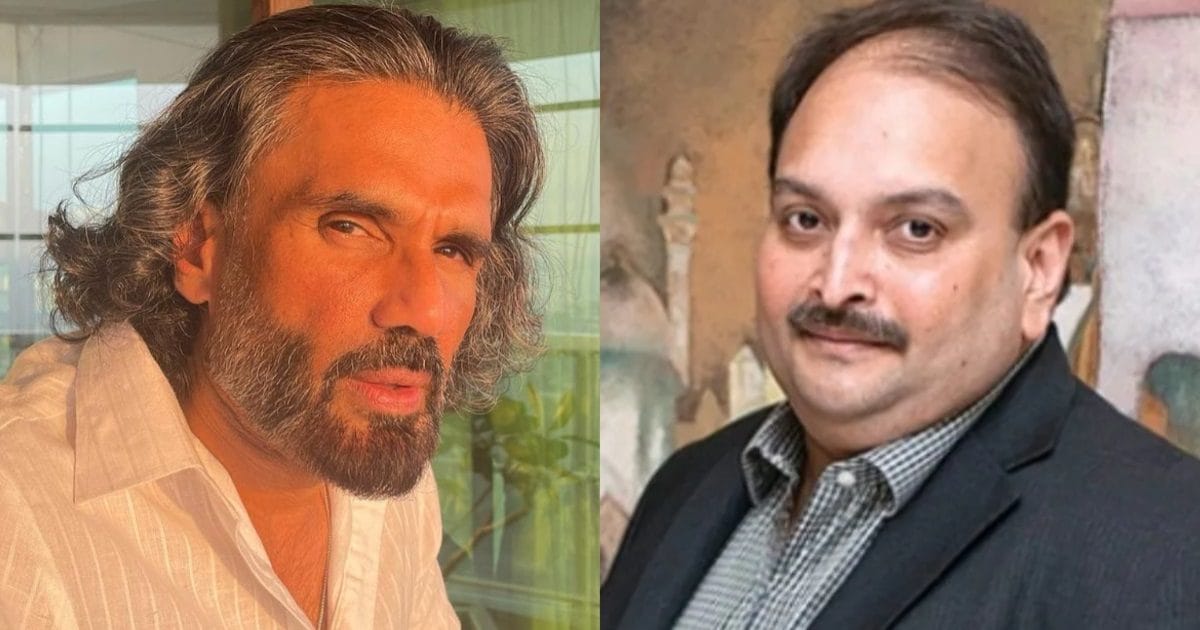 New Delhi: Sunil Shetty will soon be seen in director Karthik’s film ‘File No. 323’. The film is reportedly inspired by the lives of businessmen like Vijay Mallya and Nirav Modi. It also stars Anurag Kashyap. Recently, the makers of the film received a legal notice from businessman Mehul Choksi over allegations of allegedly defaming him in his film ‘File No. 323’.

Suniel Shetty said that Mehul has been sent a legal notice accusing him of defamation, which is ‘ridiculous’ as the director and producer of the film were making the film from what was already available in the public domain. Anurag Kashyap will reportedly be shown in the role of Vijay Mallya in ‘File No. 323’.

Sunil Shetty said in a conversation with Pinkvilla, ‘I am playing the role of an auditor of a big chartered accountant firm, who probably knows more about financial transactions than anyone else. A notice has come from Mehul Choksi and I don’t know where it has come from. The directors and producers are making something out of whatever is available in the public domain, so their point of defamation is funny.’

Talking further about the film, Sunil said, ‘This film is about the functioning of the government of that time, which was looking into the irregularities of financial transactions at that time. What were the banks, institutions and chairman thinking when they lent that kind of money to the absconders? It is about many people and it is a bold subject.

According to a report in ETimes, businessman Mehul Choksi had issued a cease and desist notice to the makers and director of ‘File No. 323’, stating that he has been mentioned in the report of ‘File No. 323’. In another report, the film’s producer Kalol Das had said, ‘He (Mehul Choksi) has sent a notice that we have maligned his image, but he has maligned his image. We are creating something only with the information available in the public domain. We are not making a biopic on Mehul Choksi, Vijay Mallya or Nirav Modi.