Morbi Bridge: Waghji Thakor had built it with the best technology of Europe, then it was 3.5 lakhs 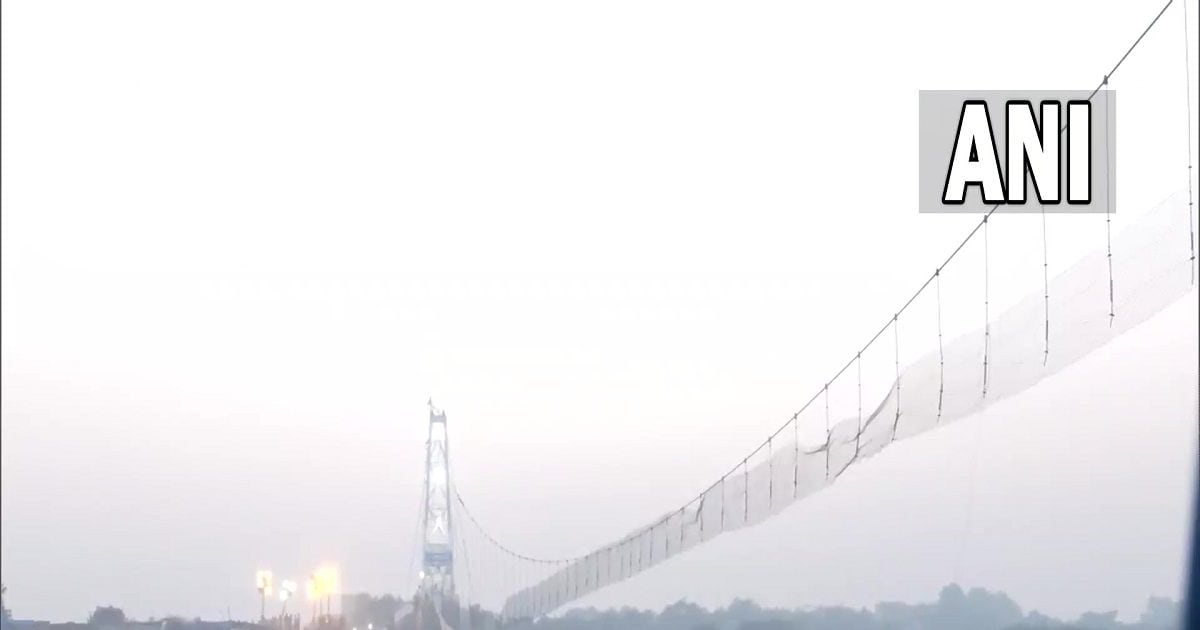 He was influenced by British science and technology and decided to build this bridge.

It was built to connect the Darbargarh Palace with the Nazarbagh Palace.

Gandhinagar. The bridge built on Machhu in Morbi, Gujarat was built by the 19th century ruler Waghji Thakor. Built in the 19th century, this bridge was considered a marvel of engineering. This bridge brought to the fore the progressive and scientific thinking of the rulers of Morbi. This bridge of Morbi is also called Jhulta bridge which was more than 143 years old. Its length is about 765 feet. The foundation of this bridge was laid on 20 February 1879 by the then Governor of Mumbai, Richard Temple. Even at that time, about 3.5 lakh rupees were spent to build this bridge. Which was considered a huge amount.

Sir Waghji Thakor ruled Morbi till 1922. He was influenced by British science and technology and decided to build the bridge, considered an artistic and technological marvel of that time. It was built to connect the Darbargarh Palace with the Nazarbagh Palace (erstwhile Raj Niwas). This bridge was 1.25 meters wide and 233 meters long. This swinging bridge was built to give a unique identity to Morbi using the best technology that existed in those days in Europe.

The swinging bridge over the Machhu river was closed seven months ago for repairs. Only 4 days ago it was reopened for tourists and people without a fitness certificate from Morbi Municipality on 26 October on the occasion of Gujarati New Year. In March this year, the Morbi-based Oreva Group (Ajanta Manufacturing Pvt Ltd) was awarded the contract for maintenance and management of the bridge by the municipality. This company also manufactures e-bikes. This bridge is the property of Morbi Municipality. It was handed over to the Orewa Group for maintenance and operation for 15 years.