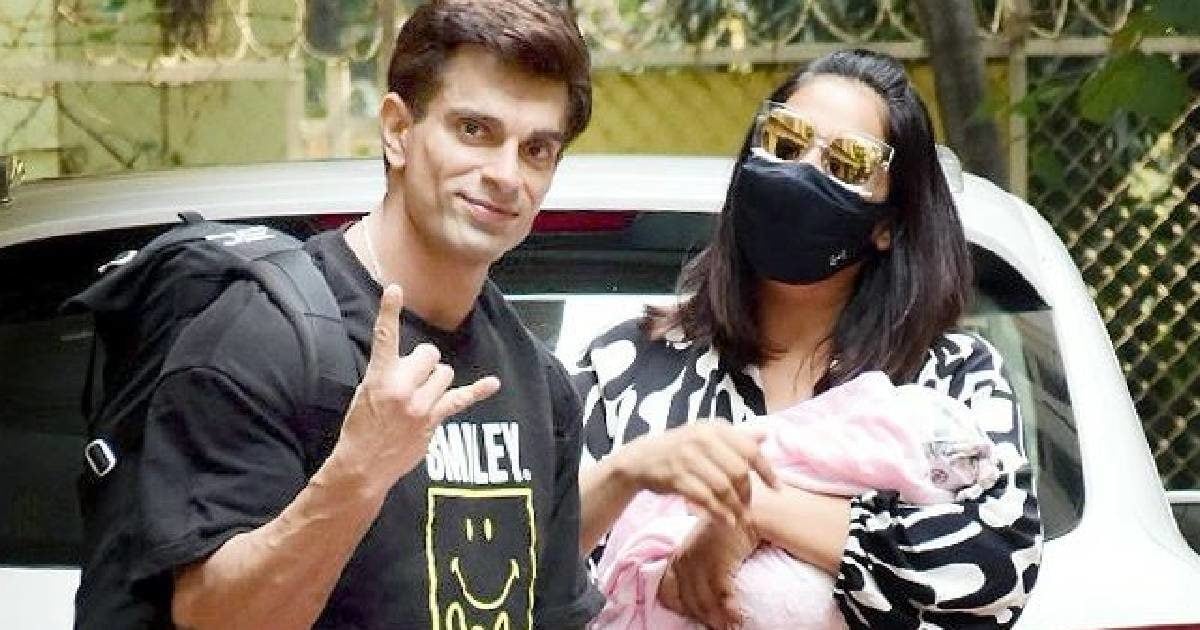 Mumbai: Ever since Bipasha Basu and Karan Singh Grover became parents, their happiness knew no bounds. Bipasha has been discharged from the hospital on Tuesday. Pictures of Bipasha holding her daughter in her lap are becoming quite viral at the moment. While coming out of the hospital, Karan and Bipasha posed fiercely to the paparazzi.

How happy Bipasha is to have her daughter was evident from her post itself, when she shared the first glimpse of her daughter on her Insta. In this post itself, he had also revealed the name of his daughter. After becoming a mother, Bipasha has come in front of the media for the first time. Paparazzi has captured him in his camera.

First glimpse of Bipasha’s daughter
Karan and Bipasha were surrounded by paparazzi as soon as they came out of the hospital. The couple also posed fiercely in front of the paparazzi. In these pictures you can clearly see that Bipasha has taken her daughter Devi in ​​her lap. The face of the couple’s presence is not visible in the photographs. But the happiness of the daughter is clearly visible on the faces of Bipasha and Karan. Both are very happy after becoming parents. During this both Bipasha and Karan were seen wearing black outfits. If we talk about the look of both, Karan wore a loose T-shirt and pants. On the other hand, Bipasha’s look looked great in a long maxi dress. Bipasha has also put on shades and a mask. The couple posed smilingly. These pictures of Bipasha and Karan with their princess are going viral on social media.

This is how Karan-Bipasha’s closeness grew
One of the most favorite couples of Bollywood is Bipasha Basu and Karan Singh Grover. The closeness between the two increased during the film Alone. After this film, the love story of both started. After this, the couple tied the knot on 30 April 2016. In August 2022, Bipasha shared this good news with her fans and informed. Since becoming parents, fans and celebs are giving a lot of love and congratulations to the couple on social media.

Let us tell you that 43-year-old Bipasha Basu, who became a newly mom, is also known for her fitness and beauty. Bipasha’s maternity fashion shoot also went viral on social media. By the way, Bipasha is enjoying her motherhood a lot these days and soon she can show her daughter’s face to the fans.