Notorious Naxalite Gopal arrested from Buxar, Bihar government had kept a reward of one lakh 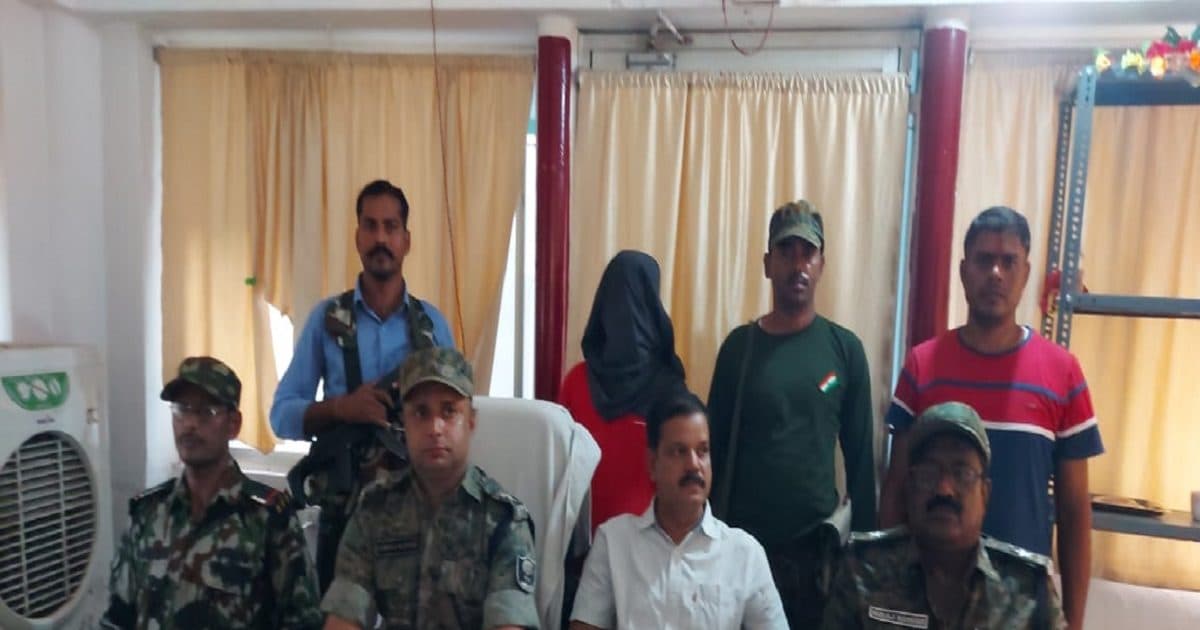 Munger. Munger Police of Bihar has got a significant success. The notorious hardcore Naxalite Gopal Das, a reward of one lakh rupees announced by the Bihar government, has been arrested from around Buxar station. On the basis of secret information, on the instructions of Munger SP Jaggu Nath Reddy Jala Reddy, these arrests were made by ASP campaign Kunal Kumar and Bihar STF special team. ASP campaign Kunal Kumar and Haveli Kharagpur DSP Rakesh Kumar jointly held a press conference about this.

During this, the ASP campaign told that the arrested hardcore Naxalite had kidnapped four workers of Ramkripal Construction Company for ransom in the Haveli Kharagpur police station area of ​​Munger district in the year 2018, as well as four Poklane, two highway and one motorcycle of the company. was burnt. He told that names have been registered against the arrested Naxalites in more than a dozen cases including Haveli Kharagpur police station and many other police stations. Kharagpur DSP Rakesh Kumar told in this case that a Naxalite attack was carried out on the BMP camp on Akbarnagar-Shahkund road by other Naxalites including arrested hardcore Naxalite Gopal Das.

Ten years ago, the Naxalites attacked the temporary BMP camp running in the passenger shed under the Kharagpur police station area, while Gopal Das and other Naxalites were attacked by indiscriminate firing. In this attack, three soldiers who were on sentry duty then fell as soon as they were shot. During this, four self-loading rifles, two stenguns, four hand grenades, about 600 rounds of cartridges were looted by the Naxalites. The weapons of one or two soldiers were saved because they were hidden inside the bed.

On the statement of BMP Havildar Govardhan Jha, an eyewitness of the incident, 50 unidentified Naxalites were registered, in which names like Hardcore Naxalites Birbal Murmu, Bhim Turi, Suresh Koda also surfaced. Charge sheet has also been filed against all. STF jawans including Bihar Police were present on this occasion.