Papa Shahrukh Khan was happy to see Ladli Suhana in a sari, asked the question- ‘Did you tie it yourself?’ 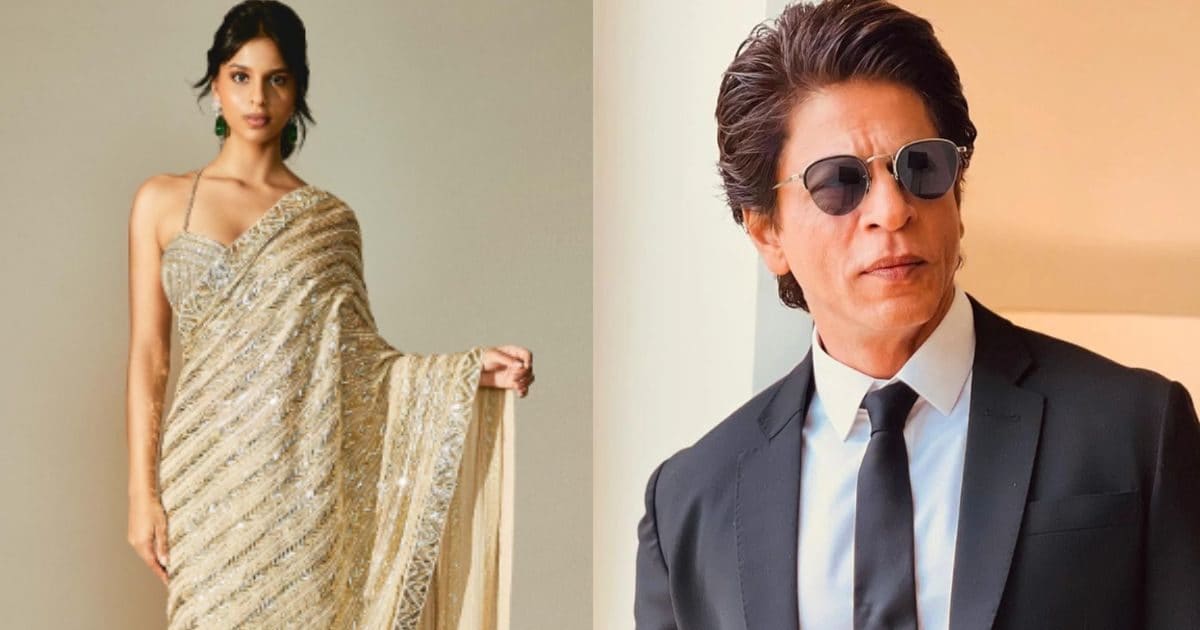 Mumbai: Shah Rukh Khan and Gauri Khan’s darling Suhana Khan is the most famous and loved star kid of B-Town, who is going to step into the film world soon. Yes, Suhana She is going to make her Bollywood debut soon. However, Suhana is in discussion everywhere even before her debut. Recently, Star Kid appeared in many big parties. Suhana reached Manish Malhotra, Bhumi Pednekar’s Diwali party very well. During this, she wore a beautiful golden color sari, in which she looked very beautiful. He also posed for the paparazzi here.

Suhana has also shared some pictures in this look from her official Instagram account, in which she has tagged Manish Malhotra. Many Bollywood celebs and fans reacted to the pictures. Suhana’s parents Shah Rukh Khan and Gauri Khan also reacted to her photo. But, what caught everyone’s eye was Shahrukh Khan’s comment. Which is now being discussed everywhere.

After seeing this avatar of Suhana, Shahrukh Khan felt as if his daughter had grown up. He also mentioned the same thing in his comment. He writes – ‘The speed with which children grow up surpasses the law of time. Very elegant and graceful. Did you tie this saree yourself?’ In response, Suhana writes- ‘Love you… No, this sari was tied by my mother.’ Gauri wrote while commenting- ‘How timeless are saris.’

This comment of Shahrukh Khan is now covered everywhere. Users are giving reactions by sharing their comments. Let us tell you, apart from Shahrukh Khan and Gauri Khan, many celebs have reacted on Suhana’s sari look. These include celebrities like Masaba Gupta, Shweta Bachchan, Zoya Akhtar. Apart from this, Suhana’s best friend Shanaya Kapoor has also reacted to her look.

On the work front, Suhana Khan is going to make her Bollywood debut with Zoya Akhtar’s The Archies. From this film, Boney Kapoor and late actress Sridevi’s younger daughter Khushi Kapoor, Amitabh Bachchan’s grandson Agastya Nanda are also all set to start their innings in Bollywood. Apart from these star kids, The Archies will also feature new faces like Vedang Raina, Mihir Ahuja, Dot and Yuvraj Menda. The film will be released on Netflix in 2023.

Share
Facebook
Twitter
WhatsApp
Linkedin
Email
Telegram
Previous articleIND vs PAK: Today will be a great match in T20 World Cup, know the mood of the pitch and possible playing-11
Next articleJanhvi Kapoor gave a statement regarding acting debut, said- ‘Me and Papa do not have that much money’