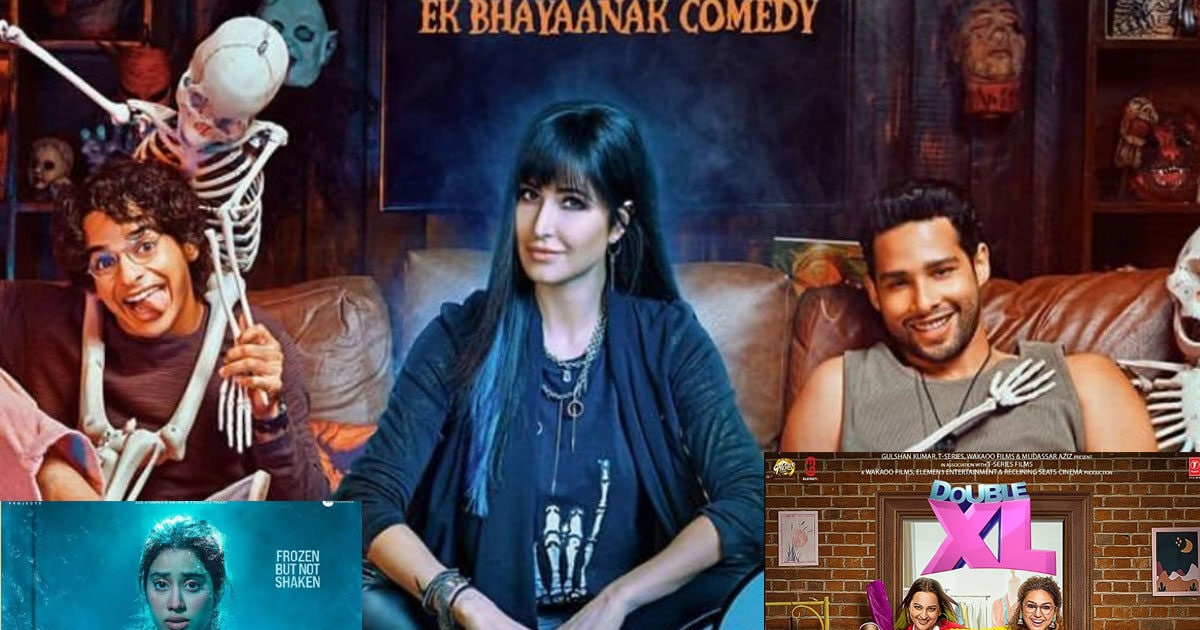 On this Friday i.e. on November 4, 3 big films were released simultaneously. ‘Phone Bhoot’, ‘Double XL’ and ‘Mili’ have not shown any special performance on the second day on Saturday as well. On Saturday, Katrina Kaif, Ishaan Khatter and Siddhant Chaturvedi’s Phone Bhoot has earned a total of Rs 4.25 crore.

At the same time, the total collection of Double XL for 2 days has been reduced to Rs 30 lakh only. On the other hand, Jhanvi Kapoor’s film Mili has earned a total of Rs 85 lakh in 2 days.

Phone Bhoot earned a total of Rs 4.25 crore
Katrina Kaif, Ishaan Khatter and Siddhant Chaturvedi’s film Phone Bhoot opened with Rs 2 crore on the first day. The film failed to pull the audience on the very first day. On November 4, the film was released in 1400 screens across the country. This horror comedy film failed to woo the audience even on Saturday. On Saturday too, the phone booth has earned Rs 2.25 crore. Till now the total earning of this film has gone up to Rs 4.25 crore.

With a slow opening on Friday, the film was expected to earn well over the weekend. But on Saturday, the film remained slow at the box office. Now after Sunday, the film’s earnings can be estimated. At the same time, according to the trends, the film seems to be shrinking in the earning of about 10 crores.

double xl
Sonakshi Sinha and Huma Qureshi starrer film Double XL flopped badly at the box office. The film died on the very first day. The film, which released on Friday, had an opening of around Rs 15 lakh. After this, the film was expected to earn on Saturday. But even on Saturday, Double XL could not attract people to theaters and earned Rs 17.5 lakh. So far this film has earned close to Rs 30 lakh in total in 2 days.

found
Jhanvi Kapoor starrer film Mili also disappointed on the second day. Hindi Dubbed of South film, this film has not been able to join the club of crores till now. The total earnings of the film, including two days, has become close to Rs 85 lakh. The film had an opening of Rs 35 lakh on the first day. After this, the film has earned Rs 50 lakh on Saturday.

Share
Facebook
Twitter
WhatsApp
Linkedin
Email
Telegram
Previous articleHow will the Digital India Act be? IT Minister said – outline will be revealed in early 2023, there will be strict provisions
Next articleChina will send monkeys to space! Know what is Dragon’s plan after all?