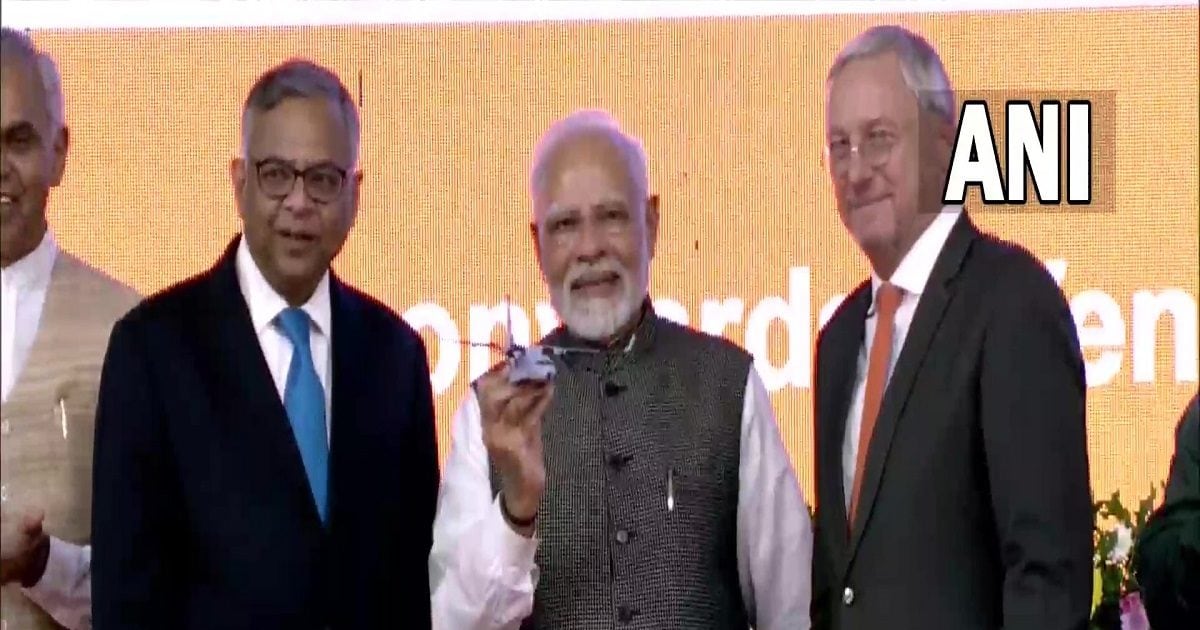 Vadodara: Prime Minister Narendra Modi reached Vadodara on Sunday afternoon on his 3-day Gujarat tour. Here he took part in a road show. During this, a huge crowd of people was seen on both sides of the road. The public welcomed the PM warmly, he also accepted the greetings of the people by shaking hands and bowing. After this, PM Modi attended the Foundation Laying Ceremony of Tata-Airbus’s C-295 Transport Aircraft Manufacturing Plant. Gujarat Chief Minister Bhupendra Patel, Tata Sons Chairperson N Chandrasekaran and Urban Executive Vice President presented a memento to Prime Minister Narendra Modi in the presence of Defense Minister Rajnath Singh.

Defense Minister Rajnath Singh said that today for the first time in the country the foundation stone of an aircraft manufacturing facility is being laid by the private sector. It is definitely a matter of pride for the defense sector as well as the entire country. Christian Scherr, Chief Commercial Officer, Airbus said, “With humility and a great sense of responsibility, we acknowledge the Government of India’s trust and confidence in Airbus… Together Tata and Airbus will build an aircraft that will strengthen the IAF and Prime Minister Will serve the vision of ‘Self-reliant India’. The C-295 aircraft is a direct product of PM Modi’s visionary Make in India policy, a policy that has encouraged my company, Airbus to re-imagine the way we do business in India… On an average, more than 1 aircraft will be manufactured in India every week.

For the first time in India, a private company is going to make an aircraft. Defense Ministry officials said that the Tata-Airbus joint venture will manufacture the C-295 transport aircraft at the Vadodara plant. According to Defense Secretary Armani Giridhar, in addition to 40 C-295 aircraft for the Indian Army, Tata-Airbus will also manufacture additional aircraft based on the requirement and transportation of the Air Force. In September 2021, the Indian Air Force signed an agreement with Airbus of Europe. Under this agreement, Airbus has to manufacture 40 aircraft in India in collaboration with Tata.

India will have 96 stakes in aircraft manufacturing. The supply of these aircraft will start from 2026 and will be completed by 2031. The first 16 C-295 aircraft will be delivered between 2023 and 2025. According to Air Marshal Sandeep Singh, Vice Chief of the Indian Air Force, after the completion of this deal, the IAF will become the largest operator of the C-295 transport aircraft. Defense Secretary Armani Giridhar said that efforts will be made to manufacture most of the parts used in the manufacture of these aircrafts in India.