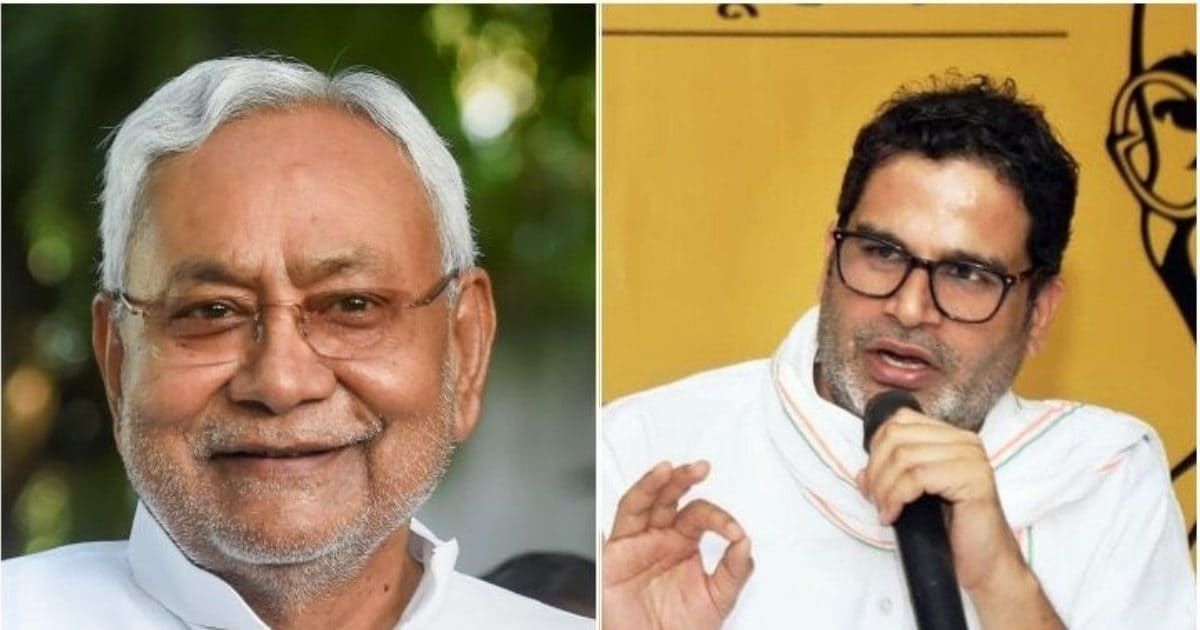 Patna. Political strategist-turned-politician Prashant Kishor on Thursday took a fresh jibe at Bihar Chief Minister Nitish Kumar, who was his former mentor, and said the BJP-led party should leave the Nitish Mahagathbandhan. The National Democratic Alliance (NDA) can make a comeback. Kishor had earlier claimed about Nitish, “When you have left the NDA, why are you not leaving that post. Leave that post or remove that MP. Kishor was referring to JDU MP and Deputy Chairman of Rajya Sabha Harivansh Narayan Singh. He said, ‘The person of his party is engaged to get the bill passed in the Rajya Sabha and is trying to cheat the people of the state again by forming a grand alliance in Bihar.’

Kishor had made the allegation on Wednesday at a public meeting in West Champaran district, where he has been on a state-wide padyatra for three weeks. There is a possibility that after this padyatra, Kishor can form a political party. The election strategist had also told PTI that Kumar had kept the door open for dialogue with the BJP through Harivansh. “Nitish Kumar should have asked Harivansh to step down after breaking ties with the BJP. Had he remained in this post, he could have been expelled from JDU. But Nitish has kept the option open keeping the future in mind.

Kishor, who has hit out at Nitish several times in recent times, said on Thursday that the Bihar chief minister had sought votes in the name of defeating the BJP in the 2015 assembly polls, but cheated the public two years later. He said that today he is again pretending to fight with the BJP, he can again turn around. Kishor, who has handled several successful election campaigns of stalwarts like Narendra Modi, Jagan Mohan Reddy and Captain Amarinder Singh, announced his retirement from political consultations after the West Bengal assembly elections last year.

Kishor was expelled from the party after differences

Kishor continued his attack on Nitish saying that he is accusing me of being a puppet of the BJP, but who had gone to help Mamata Banerjee defeat the BJP in the assembly elections last year? Was it Nitish, Lalu or Tejashwi? Kishor was expelled from the party after differences with the then JDU national president Nitish Kumar over the Citizenship Amendment Act. “If we had not defeated the BJP in West Bengal, the NRC would have been imposed in the country and there would have been a long queue of people filling the forms,” ​​Kishor said.

By supporting me you will empower yourself

The 45-year-old has promised the public to come up with a better alternative to his home state. Continuing his attack on Nitish, Kishor said, “On one hand you have those who only promise to defeat the BJP. On the other hand you have the one who really beat them. Make a choice between the two. By supporting me you will empower yourself. He insisted that political players know that if Prashant Kishor knows one thing, it is how to win elections. Kishor said that those opposing him will not get the ground under their feet and the sky above their heads. Meanwhile, Bihar minister and senior JD(U) leader Madan Sahni rubbished Kishor’s allegation, saying he was doing his “Mann Ki Baat” like Prime Minister Narendra Modi. Spokesperson of RJD, the largest party of the Grand Alliance, alleged that Kishor is a man without principles who is ready to stand on the side of the giver of money.