Punjab’s most wanted Karan Mann was caught by Bihar Police, was looking for in many cases 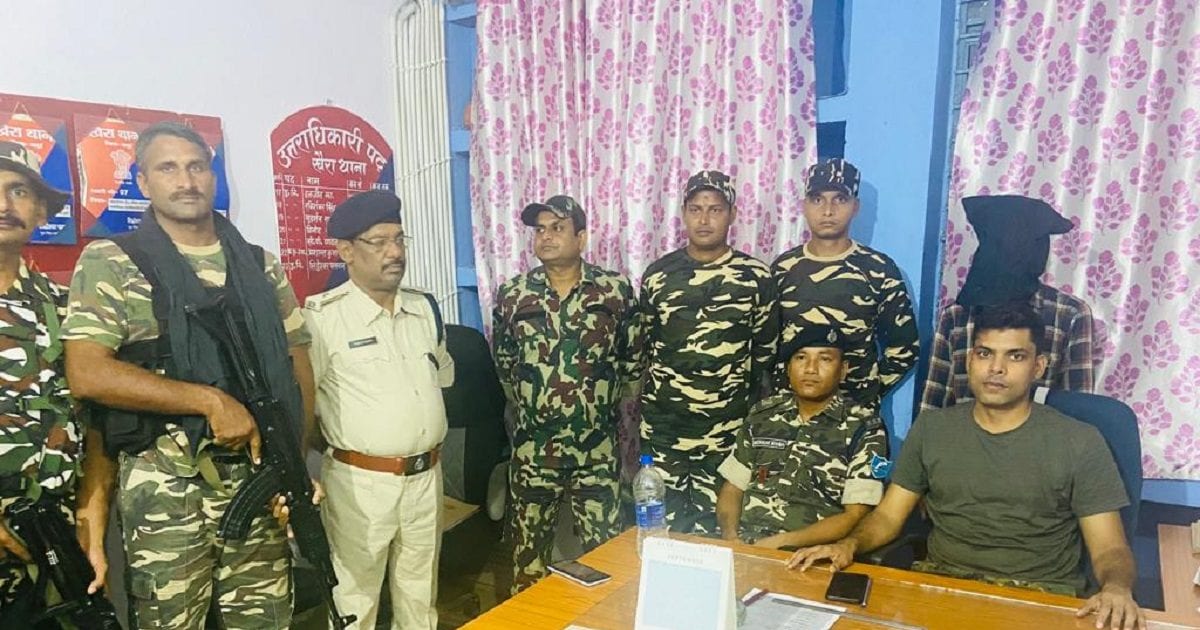 Jamui. Karan Mann, a shooter of international gangster Lakhveer Singh alias Landa, who carried out several criminal incidents in Punjab while sitting in Canada, has been arrested by the Jamui Police. After the information, the police raided and arrested Karan Mann from a house in Arunvabank village of Garhi area of ​​Khaira. According to the information, the arrested Karan Mann is a sharp shooter of Lakhvir Singh alias Landa, who carried out many incidents in Punjab by staying in Canada. It is being told that the gang of Lakhvir Singh alias Landa is suspected to be involved in the Mohali blast and the murder of Singer Musewala in Punjab.

In fact, Jamui police had received information that sharp shooters Karan Mann and Arjun Mann of the International Gangster Gang were taking shelter in Jamui. When the raids were conducted, only Karan Mann came in the custody of the police. After the arrest, Karan Mann has been handed over by the Jamui Police to the Punjab Police. According to the information, some people were arrested on the basis of CCTV footage related to the planting of IED bombs in a police vehicle in Ranjit Avenue, Amritsar, in the same case, Karan was absconding from Mann. The arrested Karan Mann is said to be a resident of Ekta Nagar in Amritsar.

Jamui SDPO Rakesh Kumar said that through the search operation in Khaira area, it was revealed that a person from Punjab is present near Darima village, which is suspicious. After this he was arrested after raiding. Later, during interrogation, it was found that his name is Karan Mann, who hails from Amritsar, Punjab. During interrogation, it was found that many cases are registered against him in Punjab, due to which part of him is hidden here. He confessed that he is involved in the gang of Lakhbir Singh alias Launda who lives in Canada and is also in contact with the arms and drug smuggling gang. Then this information was given to the Punjab Police, after being confirmed by the Punjab Police, he is the most wanted criminal of Punjab, he has been handed over to the Punjab Police.