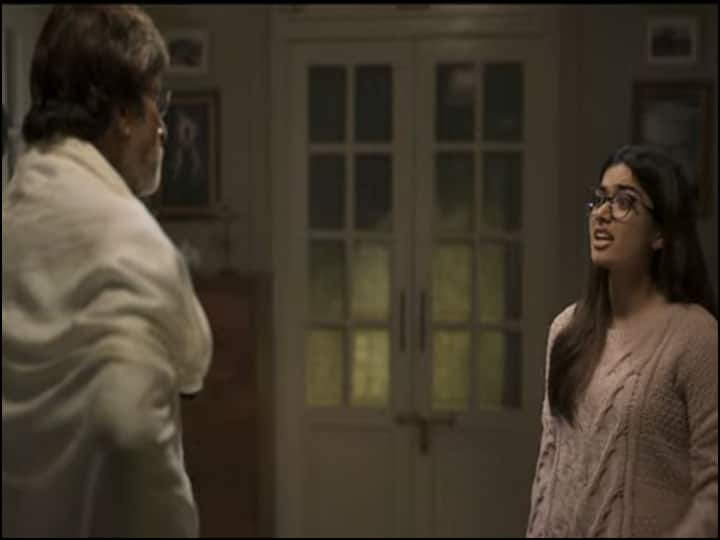 Rashmika Mandanna Reaction: South’s popular actress Rashmika Mandanna is ready to rock Bollywood with Goodbye along with Amitabh Bachchan and Neena Gupta. The trailer of the film has already been released. The film looks quite emotional from the trailer. After watching the trailer, the fans are eagerly waiting for the film. During this, the film’s song Hic was also launched, for which Rashmika had come to Delhi. Here he has shared his experience of working with Amitabh Bachchan. At the same time, she told that when she met him for the first time, she was scared.

During a media interaction, Rashmika said, “Working with Bachchan sir was wonderful. I am very happy that I got the opportunity to do my first Hindi film with Bachchan sir. Rashmika gave Amitabh Bachchan the best teacher.” Told.”

When the actress was asked how was her first meeting with Amitabh Bachchan, this Rashmika said, “When I met him for the first time, I was very scared to see his complete aura. But he is a very nice person. I met him during the shooting. Got to know well.”

learned a lot from bachchan sir

Rashmika told that I am like a sponge. I absorb the talent of my co star. Rashmika before Goodbye and Rashmika after Goodbye is completely different and Bachchan sir has a big role in it.

Greeting before going on stage

Rashmika won everyone’s heart when she bowed before climbing the stage and greeted the stage. This video of him was shared by Paparazzi Viral Bhayani. Fans are very fond of this video of Rashmika. Netizens are commenting on the video that ‘what is culture and culture. She salutes the stage before climbing on the stage. Some fans are praising Rashmika’s etiquette while some are calling her fabulous.

Rashmika and Neena will be seen with Amitabh Bachchan for the first time
Let us tell you about Goodboy, the film has been directed by Vikas Bahl. Goodbye is a family drama film, in which you will get to see a lot of masala of comedy, emotion, love and nokjhonk. Neena Gupta is playing the role of Amitabh Bachchan’s wife in the film. This pair is working together for the first time on the film screen. Apart from Amitabh Bachchan, Rashmika Mandanna and Neena Gupta, the film also stars Sunil Grover, Elli Avram, Pavail Gulati, Abhishek Kanan and Sahil Mehta in the lead roles. This film will be released in cinemas on 7 October.

Suhana Khan, who is vacationing in Dubai, met her lookalike, fans were surprised to see the picture of both of them