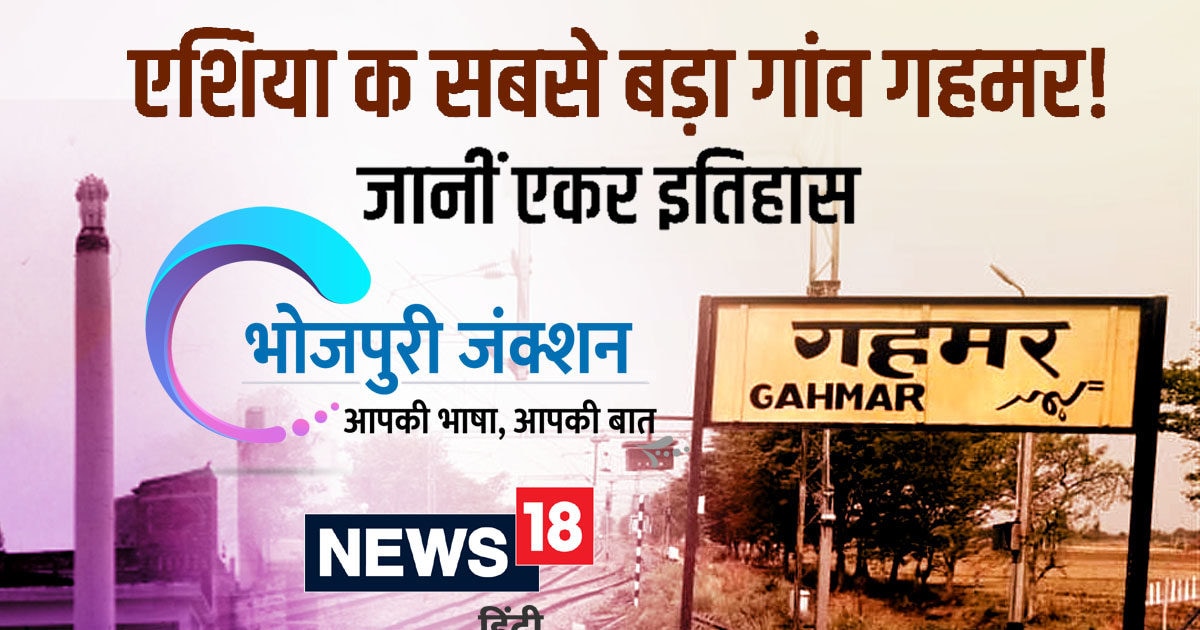 History of Gahmar village is associated with Raja Rao Dhamdev Singh Sikarwar of Vijaypur Sikri. The battle of Khanwa between Mewar’s Rana Sanga (Sangram Singh) and Babur on March 16, 1527 was fierce. Raja Dhamdev Oh Rahlan with Rana Sanga in the war. But the Rajput people lost the war. Vijaypur Sikri was founded in the year 823 by Khanvji Sikarwar Kilne Rahlan. Oh time Chittor was ruled by Maharana Bhatrapati. After winning the battle of Khanwa, Babar changed the boat of Vijaypur Sikri. King Dhamdev was almost ruined in the battle of Khanwa. Onhi kavano way, don’t know how to go ahead. Aapn Kuldevi Manay of Sikarwar Rajput Mai Kamakhya. Dhamdev remembers Mai in the hour of crisis.

Legend has it that in the dream of King Dhamdev of Kamakhya Devi Rati, Aileen and Onhai left for Kashi and Vishwamitra ordered Jamadagni to reside on the earth. After getting the orders of Mai, King Dhamdev traveled to Kashi with his family, priest, service and idol of Mai. The place where Dhamdev Mai reached Sankragarh and the place he met with the Cheru king Shashank. King Shashank was very cruel. But in the war of Dhamdev Cheru Raja, many Lehlan captured the entire area of ​​Harai. Sakragarh stays like an island on the banks of the Ganges, where there is a way to go to many places. Ehi nete ekre boat sankragarh padal. The whole area remains a dense forest. King Dhamdev Ahi Thian Aapn Niwas Banilan, and the idol of Mai was also installed in the same place. Today the temple of Mai Kamakhya Devi is a Siddha Shaktipeeth, where people from all over the country can visit.

The royal priests were considering keeping a new boat at this place. After much deliberation, the boat of the place was kept by the housekeeper. In fact, the literal meaning of Grihamar, Dhamdev is Hola. Hey housewarming slowly got tired of being worn out. The Ghazipur Gazetteer also mentioned about the householder. Since the village is inhabited by a Rajput king, therefore Gahmar has the largest population of Rajputana, about sixty percent.

Gahmar village has maintained its tradition of valor even today. The villages should not be like houses, where people are not in the army. The population of Philal Gahmar village in about eight square miles is more than one lakh. In village 22 tola, there is a bantal hau, and every tola kawano na kawano is on the boat of the famous celebrity. About forty kilometers away from the Ghazipur headquarter, in the village of Satal Gahmar, from the border of Bihar, 15 thousand soldiers were killed. Even in today’s date, more than two thousand people of the village are working in the army from soldier to the rank of colonel. In World War II, more than 200 people of Gahmar joined the English army. 21 people from us are martyred. Even in the 1965, 1971 war and Kargil war, the soldiers of Gahmar showed their bravery. Arriving in the village, seeing the atmosphere of the different kind, got mixed. Every household should get the nameplate, army uniform, belt, cap and tag tangle of the ex-serviceman. Army retirees make preparations for girls in the village. On the banks of the Ganges, the track of the flight, and the whole agile system of the rest of the preparations have been made. Girls people sweat here for three to four hours every day. There are all kinds of facilities involved in the hardcore preparation of the army. The people of the village told that the girls should be prepared here so that if needed, they could be sent directly to the war.

Due to the connection with the army, the wheel of development has also reached the village. Leike degree college, inter college, primary school, bank, post office, hospital are everything from the railway station in the village. First set up a separate army camp instead of recruiting here. But in 1986, the camp closed down. There is also the office of the Ex-Servicemen Service Committee in the village, where the meeting of the ex-servicemen was held. This office helped the girl who was recruited in the army, as well as helped the ex-servicemen in pension etc. Here everyday uniforms of soldiers were also available at cheap rates. Rangayal Gahmar is a unique example of the country in itself in the color of valor and patriotism.

(Saroj Kumar is a senior journalist, views written in the article are his personal.)