Samantha took alimony of 250 crores? The actress herself gave the answer… 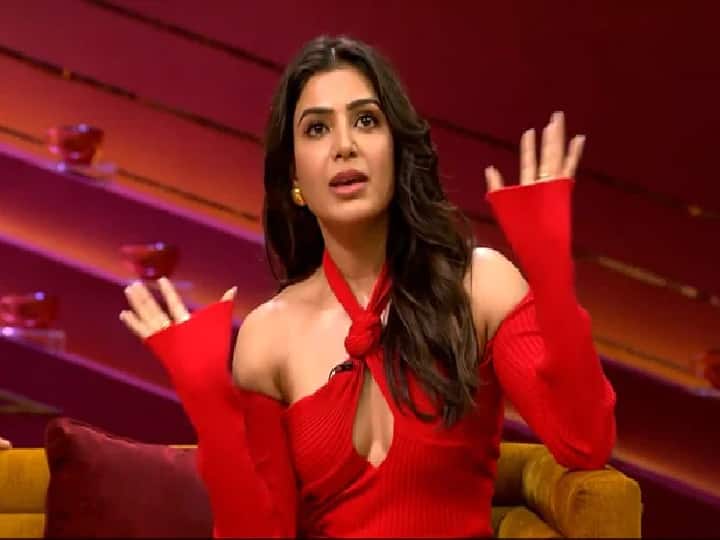 During the show, Karan Johar asked questions related to Samantha Prabhu’s personal life and said – What is the most absurd thing you have read about yourself? To this, Samantha replies and says that I have taken 250 crores in Alimony. Samantha further laughs and says that I wake up everyday and think that the Income Tax Officer will come and see that there is nothing.

The actress further talked about being trolled herself and said that earlier this rumor was started about her that I have taken so much money. Then they made up the story that I have signed the pre-nap, so I cannot ask for alimony. It was beautiful…

Apart from this, while answering other questions of Karan, Samantha said that the time after divorce has been difficult for her. But now she has become stronger than before. Karan Johar also questioned Samantha about nepotism in the South Industry in the show, to which the actress has answered very beautifully.

Anupam Kher’s first look was revealed from Kangana Ranaut’s Emergency, this will be a strong character…

When Akshay Kumar kissed Kareena Kapoor in front of Saif Ali Khan, the relationship broke down!