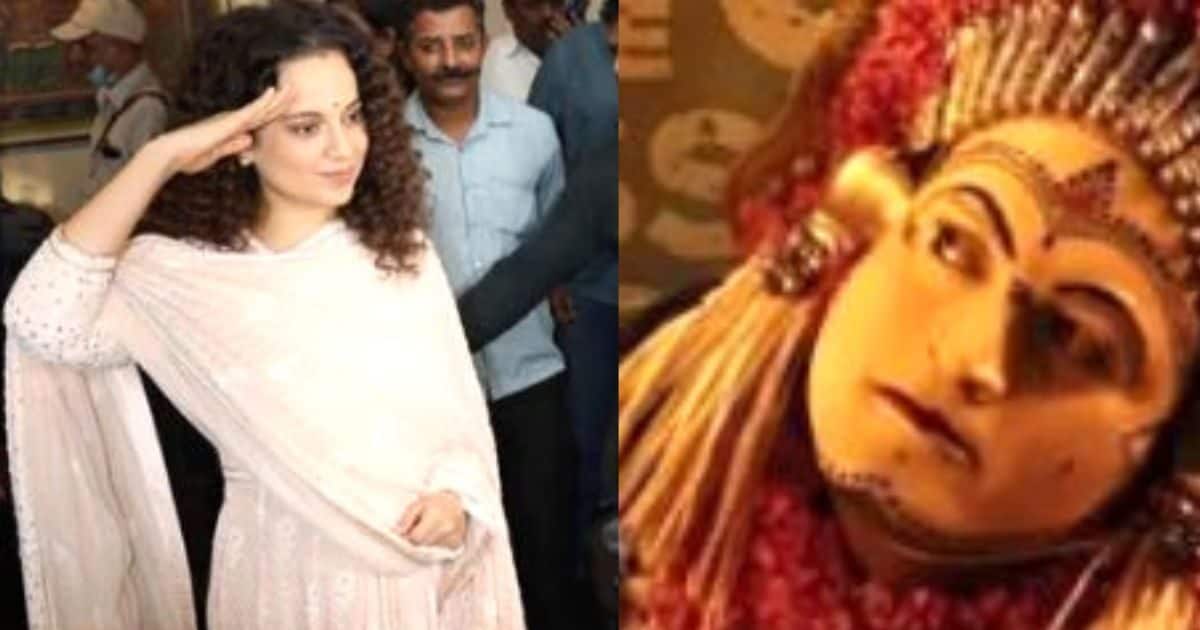 Mumbai. Bollywood’s impeccable actress ‘Queen’ Kangana Ranaut (Kangana Ranaut) Always remain in the headlines. kangna recently released kannada film ‘Kantara’ (Kantara Movie) Saw it. Rishabh Shetty (Rishabh Shetty) Kangana liked this film very much, so she praised it fiercely on social media. Kangana said that the film is really praise-worthy. While uploading the video on Instagram, Kangana wrote that, after watching ‘Kantara’ with family, I am still shivering. The feeling I felt after watching this film is definitely commendable.

Kangana said that Rishabh Shetty salutes you. The writing, direction, acting, action of the film is superb and incredible. Also, a very good mix of folklore, tradition, ground issues has been done in the film. about the film Kangana Ranaut wrote – This is the real fun of cinema. I heard so many people in the theater saying that we have never seen anything like this before.

Bollywood ‘Queen’ Kangana Ranaut, who was in controversy with her statements, expressed her curiosity about the film after watching the trailer of the film and said that she is very curious about ‘Kantara’. Eagerly waiting for the film. Let us tell you that Rishabh Shetty’s film ‘Kantara’ is getting a lot of appreciation from the audience of Kannada, Tamil and Hindi.

The film Kantara, made under the banner of Hombale Films, was earlier released only in Kannada language, but after the good response to the film, the film was released in Hindi, Tamil, Telugu and Malayalam languages. While the film has earned 150 crores in India, it has managed to earn 170 crores worldwide.

Share
Facebook
Twitter
WhatsApp
Linkedin
Email
Telegram
Previous articleWHO warning – obesity will increase by 2030 – 500 million new cases of heart disease, the reason is this daily mistake
Next articleT20 World Cup: What did the former Australian veteran say about the India vs Pakistan match?