Shooting of Pushpa: The Rule begins, picture of Allu Arjun leaked from the sets; Catch a glimpse of the Pushpa 2 star 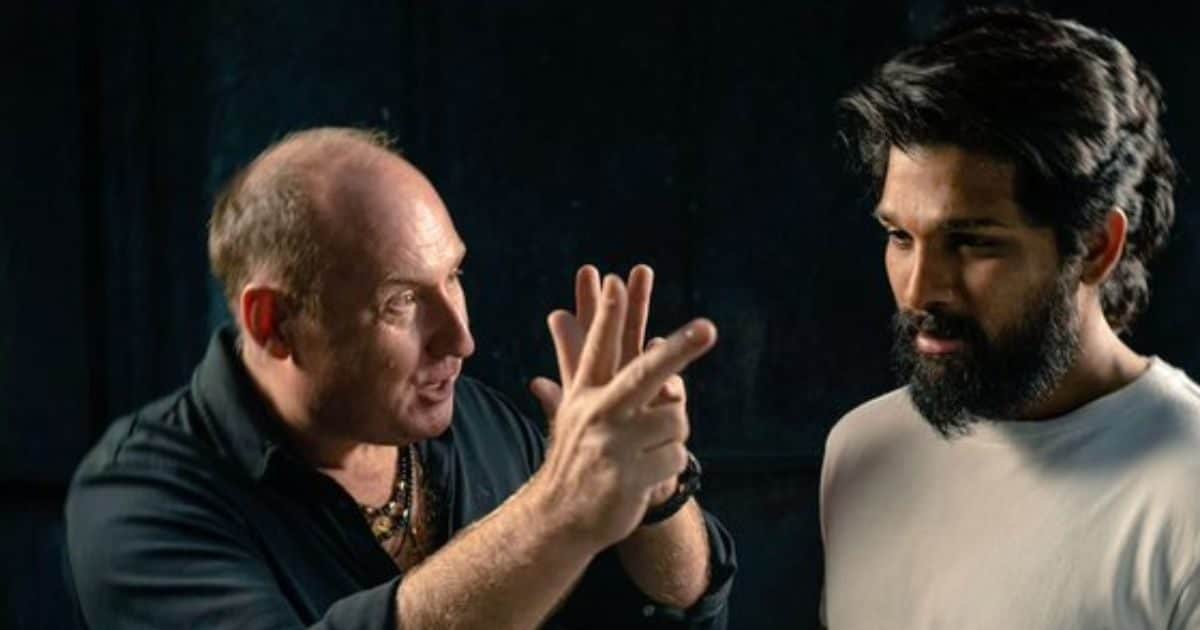 The wait for Allu Arjun’s upcoming film ‘Pushpa 2’ is finally over! Because now the shooting of the film has started, a glimpse of which is becoming increasingly viral on social media. Yes, the next part of the popular Pushpa franchise ‘Pushpa: The Rule’ has gone on floors. Recently, a picture of Leading Star Allu Arjun with the film’s cinematographer Miroslaw Kuba Brozek on the sets has been leaked. In this, while Brojack is explaining something to the actor, the actor is seen listening to him with great interest. Allu Arjun will once again play his character Pushparaj in the film being directed by well-known director Sukumar, with Rashmika Mandanna in the same role as Srivalli. On the other hand, Fahadh Faasil will also reprise his character Bhanwar Singh Shekhawat in the film.

Movie lovers have been waiting for the sequel ever since its announcement and keep a close eye on every update. Recently, Rashmika Mandanna spoke openly on Pushpa 2 in an interview in the promotion of her first Hindi film ‘Goodbye’ with Amitabh Bachchan and Neena Gupta. Then he told that Pushpa 2 is going to start very soon after the release of his Hindi debut which is going to be better than the first part. At the same time, Allu Arjun had said in a special conversation, ‘I am very charged up about Pushpa 2. I am very excited to shoot. Because I feel that we have a lot to give to the audience in Part 2. We have prepared the base from Part 1. This has given us a good opportunity to explore Part 2.

#PushpaTheRule ~ sky is the limit !♥️

‘Pushpa: the Rise’ was released in December 2021 which did business at the box office beyond expectations without promotions. The Allu Arjun starrer was liked at the pan-India level and received a lot of love from the audience of the North. Made at a cost of 160 and 170 crores, the film earned more than 350 crores worldwide. That’s why the makers are filming Part 2 on a big scale, whose budget has been kept between Rs 400 crore. There is no information about when this film will be released yet.