Sister Priyanka did such a post regarding Sushant Singh Rajput, the name of the late actor started trending 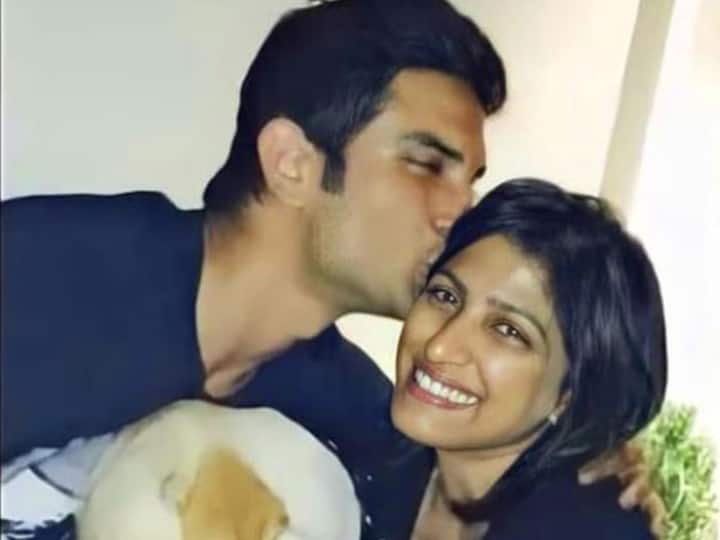 Sushant’s Sister Emotional Post: Bollywood actor Sushant Singh Rajput may not be among all of us today but his fans keep remembering him. Sushant’s death shook everyone. Far from fans, even his family members have not yet recovered from this shock. The late actor’s name is once again trending on social media after his sister Priyanka’s post.

Actually, Priyanka Singh, sister of Sushant Singh has shared a post remembering her brother. Sushant’s fans became so emotional after seeing Priyanka’s post that now Saw Sushant In Dreams is trending a lot on Twitter. In this post, Priyanka has told that she had seen her brother in a dream. While stating this, he has also posted a picture of his brother.

What Life has mercilessly denied me, I seemed to steal in d peace of my sleep- a relaxed setting in your playful yet intense company, discussing, of all the things,your fav perfume and the fragrance lingers on all around me!
Saw Sushant In Dreams pic.twitter.com/CL0ggWsQJx

his sister misses sushant a lot
Priyanka shared a picture with Sushant’s picture and perfume bottle and wrote, ‘Life has ruthlessly denied me that I am stealing peace from my sleep. I miss my dearest company, when we used to discuss everything. Your favorite perfume is all around me. Saw Sushant in a dream’.

Sushant’s name started trending on Twitter
Fans are continuously giving their feedback since this tweet of Priyanka Singh. A fan also claimed to have seen Sushant in his dream and wrote, ‘When I closed my eyes to sleep, I saw Sushant smiling in front of me just like this photo. Maybe he was reminding me to tweet. Sorry sush’.

Kal ki hi baat hai!
Yesterday, I was inactive in the Evening Trend😔
But at night, When I closed my eyes I saw Sushant smiling
He was looking at me just like below picture
May be he was reminding me to tweet for him I’m sorry sush

Saw Sushant In Dreams , want it to be real because I want to see you , hug you for once & tell you how much we all love you , what you mean to us. pic.twitter.com/RWULcQiqi1

Apart from this, another wrote, ‘I want to see you, hug you once and tell you how much we all love you, what you mean to us’.

Mouni Roy started her career as a background dancer, this show of Ekta Kapoor changed the fate