Sunil Shetty said on Karthik Aryan’s entry in ‘Hera Pheri 3’, ‘I will ask the producer…’ 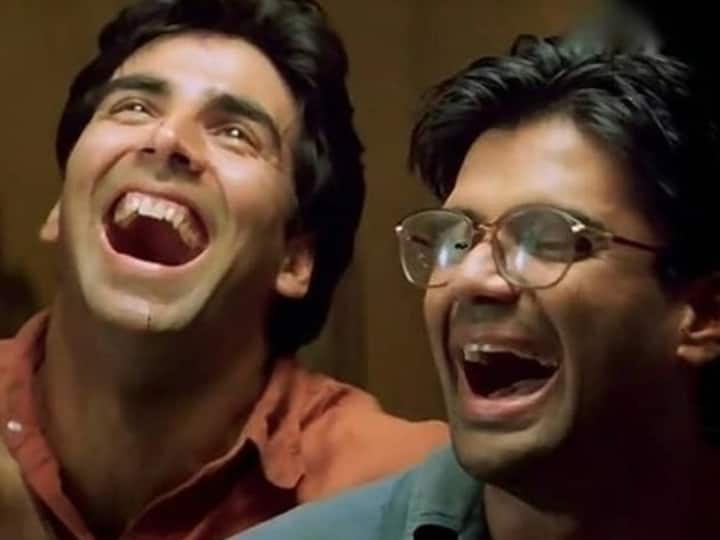 Suniel Shetty On Hera Pheri 3 : Actor Paresh Rawal had recently confirmed in response to a question through social media that instead of Akshay Kumar in ‘Hera Pheri 3’, Kartik Aaryan will be in the lead role. Will be Since then, while Karthik’s fans are expressing their happiness on this news on social media, their fans are expressing their disappointment on Akshay’s presence in another sequel of the film. Significantly, now actor Sunil Shetty himself has also expressed his disappointment over Akshay Kumar not being in ‘Hera Pheri 3’.

‘I will ask the producer what happened between you and Akshay’
When ABP News asked Suniel Shetty on not being roped in ‘Hera Pheri 3’ and being replaced by Karthik, Suniel Shetty said on this development, “I am so busy with my web show ‘Dharavi Bank’ that What rigging has happened with ‘Hera Pheri 3’, I didn’t even know. To understand this I will have to go to the producer of ‘Hera Pheri 3’ and ask him what rigged has happened between Akshay and you? But I really Don’t know what is happening with the film. On 20th November I will go to him, sit with him and understand what is happening with this film. I would like that there should be no tampering with the film, and This film must be made.”

When will ‘Dharavi Bank’ release?
It is noteworthy that Sunil Shetty gave this reaction regarding ‘Hera Pheri 3’ on the occasion of promotion of his first OTT show ‘Dharavi Bank’. Apart from Sunil Shetty, Vivek Oberoi and Sonali Kulkarni will also be seen in important roles in this show coming on MX Player from 19th November. It is noteworthy that Akshay Kumar played the role of Raju while Sunil Shetty played the role of ‘Ghanshyam’ in the superhit films ‘Hera Pheri’ and ‘Hera Pheri 2’. In such a situation, it was believed that even in ‘Hera Pheri 3’, both will be seen working once again. Recently, Akshay Kumar said in the ‘Hindustan Times Leadership Summit’ that he did not like the script of ‘Hera Pheri 3’ and in such a situation he himself refused to work in this film.

Share
Facebook
Twitter
WhatsApp
Linkedin
Email
Telegram
Previous articleInvestors who invested in the IPO of five startup companies lost $ 18 billion
Next articleKanpur: Scientists discovered new technology, now eco-friendly cloth will be prepared from ‘enzyme’ instead of chemical – uptti scientists have been successful in making clothes by using enzymes instead of chemicals – News18 Hindi