The 22 feet python swallowed the woman, people cut pieces in search of the dead body! 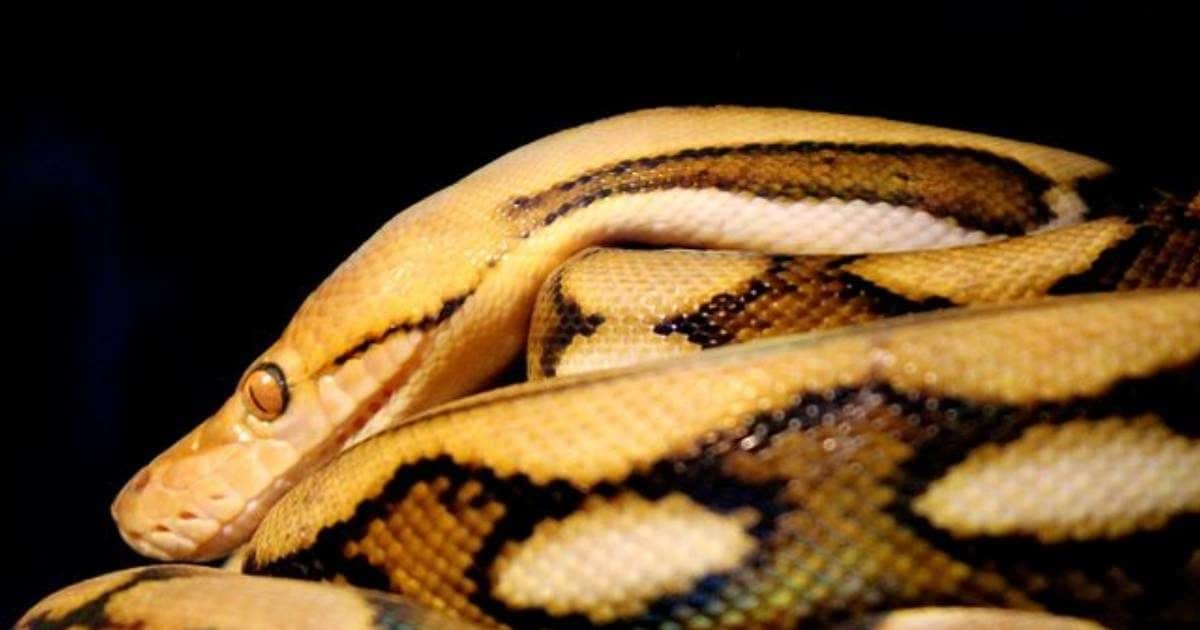 Python Swallows Indonesian Woman: Snakes are one of the most dangerous creatures of the earth, on seeing which the hands and feet of a person start to swell. While small snakes can kill anyone with their venom, big snakes or pythons swallow humans and the people around do not even know about it. Something similar happened with an Indonesian woman who became a victim of a python.

In Indonesia, when the python swallowed a woman, after which the local people cut the 22-feet long giant python into pieces in search of the dead body (Python Swallows Woman). According to CNN’s report, when the woman was nowhere to be seen, people suspected the python, which had swallowed the whole of the 54-year-old woman.

22 feet python swallowed the woman
According to the information, a woman named Jaharah had gone to the forest to collect rubber from her house. This incident is from Jambi province on Sunday. According to the Betra Jambi police, when the woman’s husband went out to find her, he found his wife’s sandals, head scarf, jacket and a knife. The next day, a search party went out in some areas to find the woman, where they found a big snake, the middle part of which was swollen. At first, an attempt was made to remove the dead body from its stomach by holding the mouth of the dragon, but what happened later was very frightening.

animal cut into pieces
According to the viral press, the villagers finally took out the woman’s body from inside the python by cutting her stomach. Perhaps the python must have bitten the woman first and then wrapped her and broke her bones. Eventually he swallowed the woman. According to estimates, this whole process would have taken him 2 hours and due to the forest, no one could even come to help the woman. Even before this, a python of 27 feet has been seen in Indonesia.

Share
Facebook
Twitter
WhatsApp
Linkedin
Email
Telegram
Previous articleBefore winter comes, know the easy way to clean quilts and blankets
Next articleWordle Answer of 26 October 2022: Not getting the word of today’s puzzle, the correct answer is hidden in these 4 hints