Video: A person was taking a bath under the waterfall, then something happened that ‘fun’ became ‘punishment’! 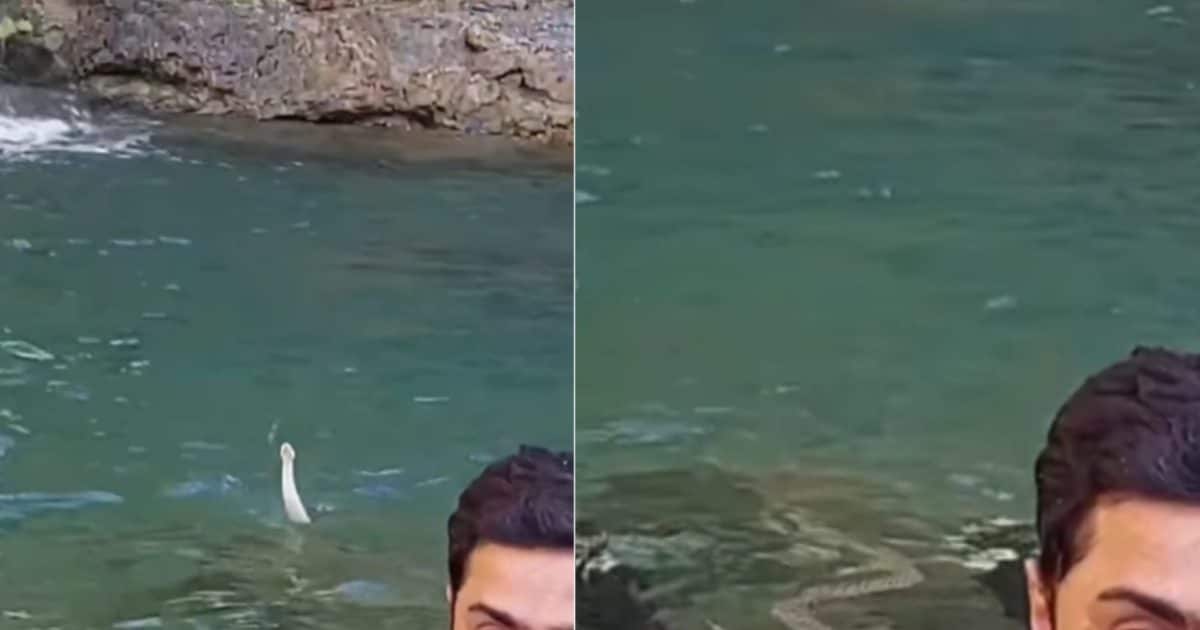 Ever since the trend of social media has increased, unique and unique videos are seen on this platform one by one. Everything you want or are interested in is available here. Some comedy, some funny, related to animals and videos full of pranks of cute children are also here. So there are some videos that you will be surprised to see. So sometimes an atmosphere full of panic can also be created.

In a video shared on Instagram noman_malya, a man bathing under a waterfall appeared. During the fun, the fun became a punishment when a snake came floating from behind during the photography. As soon as the woman screamed for the camera, the man ran away from the water. The video received over 93 thousand likes.

The person was having fun in the waterfall, then the snake came from behind
A man was having fun sitting in the frozen water under the waterfall. Also, he wanted to get himself captured in the camera with this beautiful location. For which a woman held the camera in her hand and photography started. Meanwhile, the man is also heard giving some directions to the woman. Which he wants to capture in the camera. At the same time, something is seen floating behind the person. As soon as a creature came forward swimming, the woman cried out in a panic. Because it was a poisonous snake. Then the woman gave a voice that there was something behind you, to hear that the man got up in a hurry and ran away from the water.

Seeing snakes bathing in water turned fun into punishment
It is common to visit hills and such beautiful places to enjoy the holidays. After the hustle and bustle of every day, people are drawn towards the natural beauty. One of them is this person who was enjoying this beautiful waterfall in the mountainous area. But the very next moment its fun was going to be a punishment. Because a snake was swimming in the water along with it. If the woman had not noticed her, then a big incident could have happened. So whenever you go for a walk. Keep an eye on the places around you at all times.

Share
Facebook
Twitter
WhatsApp
Linkedin
Email
Telegram
Previous articleAmitabh Bachchan celebrates Diwali on the sets of KBC 14, what is ‘Vasu Baras’
Next articleThese teams, including India-Pakistan, will make a place in the semi-finals of the T20 World Cup, predicts Kumble