Viral Video: These are the soldiers of UP Police, see how liquor was also sought for bribe! SP took action 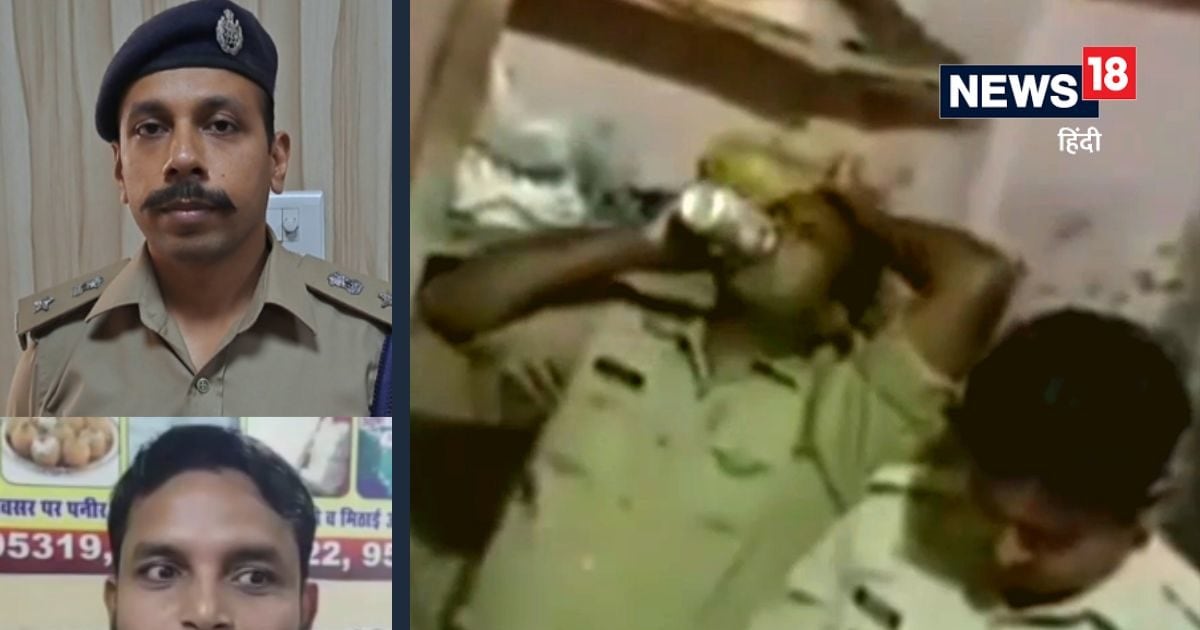 colony. The punishment for asking for liquor in bribe is that the SP has suspended them immediately. Now investigation is being done against them. This whole matter came to light after a video went viral. Chandrashekhar and Shrikant Yadav, two constables of Babhanan outpost of Gaur police station of Basti, were seen in a video drinking alcohol in a public place, which is going viral on social media. This whole matter is being told related to the investigation on the complaint in a case of molestation.

It is alleged that when Deepak, a young man of Babhanan town, came to complain about molesting his sister, both the soldiers demanded a bribe of Rs 5000. When both the constables reached Deepak’s shop to take bribe, they expressed their desire to drink alcohol. Deepak asked for liquor and Chandrashekhar and Shrikant drank while sitting in the same shop. Deepak then secretly made a video of both of them drinking alcohol and made it viral on social media.

What is a case of flirting?

The victim told News18 Local that a young man named Alok Sonkar used to molest her every day. When he and his family opposed this, he came home and started threatening everyone that agree, otherwise I will forcibly take the girl away. The victim’s brother Deepak says that when he went to the post to complain about the matter, both the constables asked him to call in the evening. When called in the evening, both of them came to the shop, where in the name of action, they started talking about drinking alcohol and taking bribe.

The video not only went viral but was also shown on TV channels locally in the past. Regarding the action taken after this, CO Harraya Seshamani Upadhyay said that both the soldiers have been suspended by SP Ashish Srivastava. The investigation of the case has been given to CO Kalvari Vinay Singh. After the investigation report, departmental action will be taken on both.