Why did Urfi Javed target Jaya Bachchan? Said- ‘Only seeing age will not get respect’ 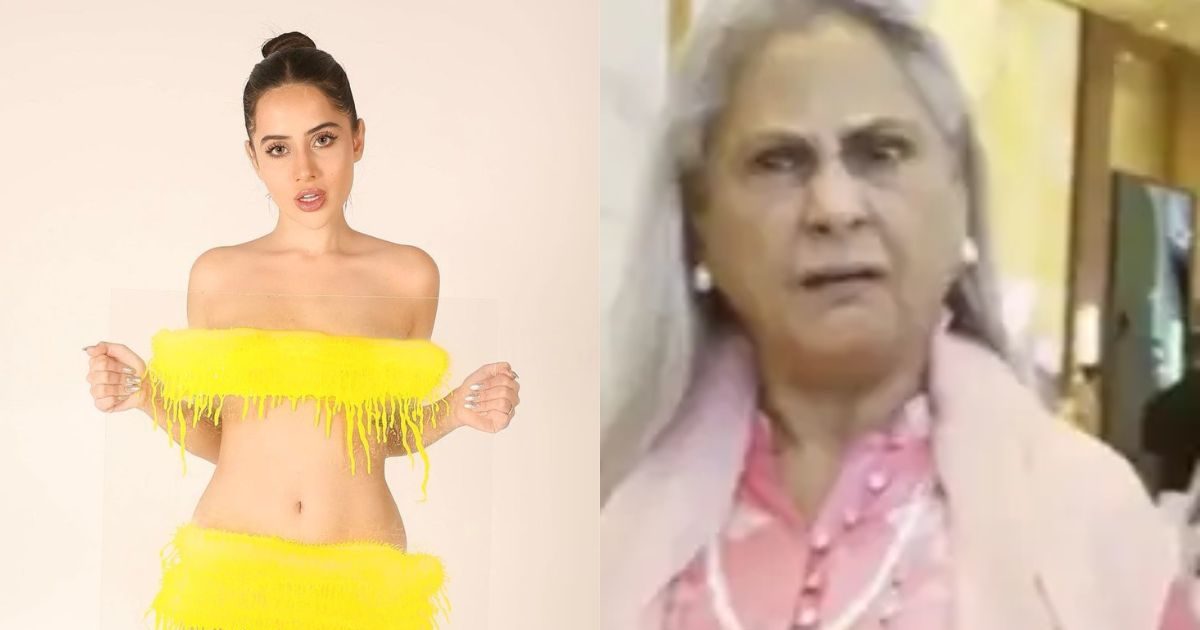 Mumbai. Jaya Bachchan is known for her impeccable style. Whatever comes in her mind, she speaks without fear. Many times due to this habit, Jaya Bachchan also has to face troubles. Now recently a video of Jaya Bachchan is becoming quite viral on social media. In this video, Jaya Bachchan is seen telling the photographer who is taking her photo that “you guys fall”.

Actually, Jaya Bachchan and the paparazzi have a figure of thirty-six. She gets angry on seeing the photographers and often says something like this in anger, but this time her video is becoming very popular on social media and many people have strongly condemned Jaya Bachchan for this video. There is also a name of Urfi Javed (Uorfi) in the list of those who condemned Jaya Bachchan. How good friendship Urfi Javed is with Paps, this thing is not hidden from anyone.

Urfi Javed has condemned this behavior of Jaya Bachchan by sharing a story on her Instagram. She writes in her story “Did he say you fall? Please we don’t want to be like them. We all have to think good for each other.” Urfi takes a jibe at Jaya Bachchan and writes that “People will not respect you by looking at your age or your status, people will respect you when you respect them.”

Urfi has shared another story on her Instagram. In this story, she has written a note in which she writes how she restrains herself from expressing her opinion in public but believes that speaking when needed is very important. She further says that she has to pay for expressing her opinion but still she will always raise her voice.

Urfi Javed is a fashion icon
Urfi Javed has a lot of fan following on Instagram. She remains in news every day due to her fashion sense. She is also a fashion icon for many youngsters.

Share
Facebook
Twitter
WhatsApp
Linkedin
Email
Telegram
Previous articleDr. told how to test the breast at home, if you want to avoid cancer, keep a close eye on 5 symptoms
Next articleBollywood’s child artist, who grew up to become a star… some names will surprise, see LIST