WWE Star Rock thinks BTS can beat him, this is the reason for fear… 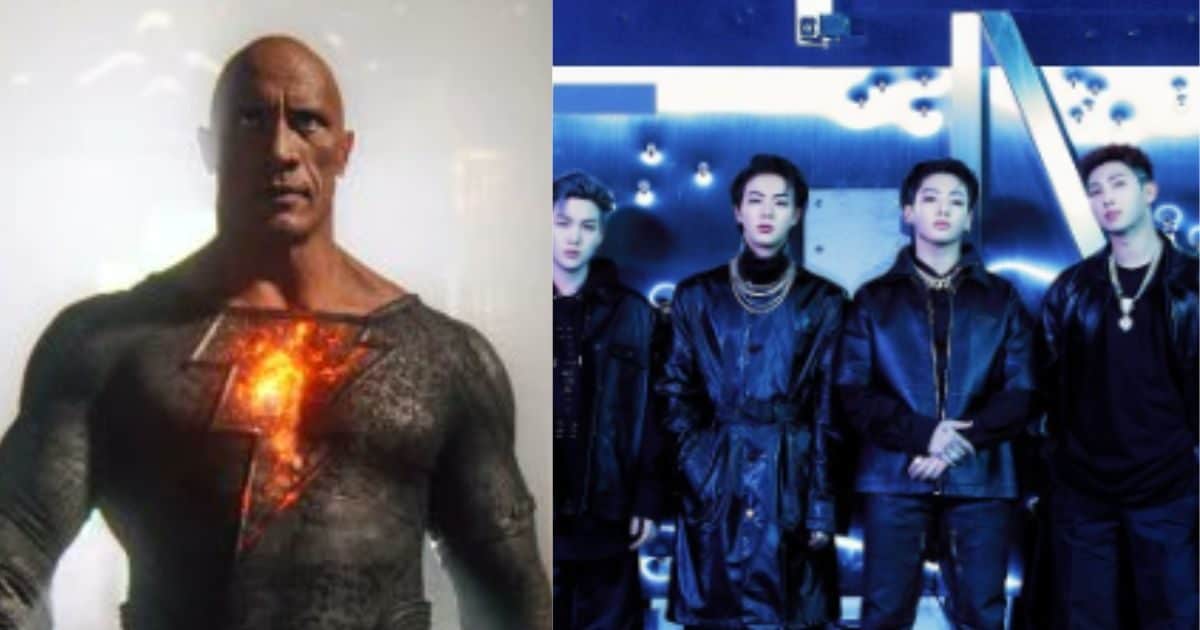 The Rock heaps praise on BTS.

Mumbai. Superstar Dwayne Johnson i.e. Rock (Dwayne The Rock Johnson) is busy promoting his film ‘Black Adam’ these days. The film was recently released on 20 October. Rock hopes that the film will be liked by the audience. At the same time, he also has a fear that K-pop band BTS will beat him. He feels that the fame of this band can beat his film.

In ‘Black Adam’ Dwayne Johnson Playing lead role. Recently, while talking to a Korean media, he called the film a threat from BTS. In fact, when Rock was asked who could compete with ‘Black Adam’, he said that the Korean band BTS could prove to be his biggest rival.

VIDEO@TheRock answers “Who would win in a fight between @BTS_twt & Black Adam”:

“30 Million Albums sold, which is absolutely incredible & they have an ARMY. That’s how badass they are, they’ve got a shot at beating Black Adam”.pic.twitter.com/PHi2hXGzZb

everyone loves bts army
Rock Believes that BTS has dominated the world and their performance is telling how much of a hit they are amongst everyone. According to Rock, Global Fan Base nearby BTS which is keeping them at the forefront. Rock says, “The film ‘Black Adam’ can easily beat BTS. He is very talented and his fans are spread all over the world. No one else can stand in front of this army because everyone loves them very much.

Let us tell you that ‘Black Adam’ is a historically Frictional character. Who has different powers. Rock has action-packed scenes in the film. WWE The fan following of Star Rock is also not less and the audience waits for his films.

Share
Facebook
Twitter
WhatsApp
Linkedin
Email
Telegram
Previous articleNot losing any weight? Many kilograms will be reduced by eating these pulses
Next articleT20 World Cup 2022: What people are searching on Google before India vs Pakistan match, KKR revealed the secret