With these tricks, you will identify fake universities in a pinch, see full list 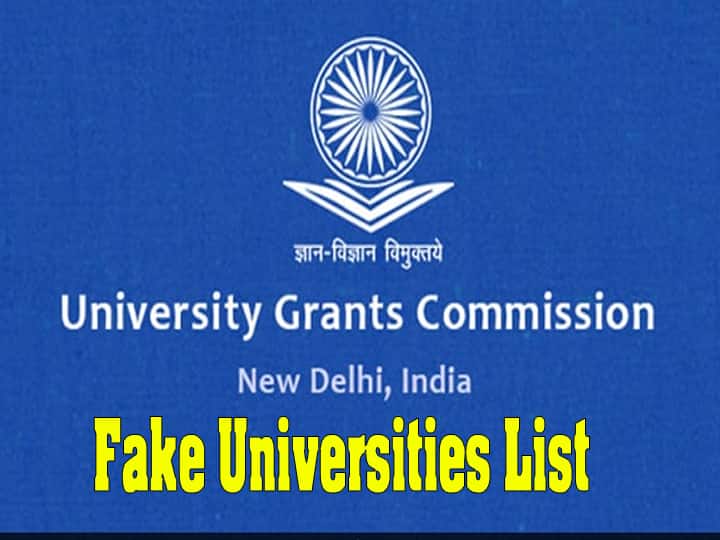 Fake University: Like every year, again this year the University Grants Commission (UGC) has recently released its new list of fake universities. Along with this, students have been advised to refrain from taking admission in these educational institutions. UGC Chairman M Jagadesh Kumar has answered some questions on how the commission identifies these fake universities and takes action against them.

What is a fake university?

On this question, UGC Chairman Jagdish Kumar said that any institution which is not established under the UGC Act and conferring degrees by violating the conditions made by the government for universities is a fake institution.

Cases of fake universities come to the notice of UGC through print or electronic media, on receipt of complaints from public or students, references from State/UT/local authorities and after court decisions etc. According to the UGC Chairman, the Anti Malpractice Cell (AMPC) of the UGC is functioning since 30 May 1996. The aim of AMPC is to curb the menace of fake universities and degrees.

AMPC is dealing with all matters related to fake or unrecognized universities/institutions running in violation of the UGC Act. AMPC liaises with various agencies of Central/State Governments to check fake and unrecognized institutions. It also requests the States/UTs and local authorities to take action against such institutions for violating the UGC Act and other penal laws.

At present, 21 fake universities/institutions have been placed in the list of fake universities prepared by the UGC, which is also available on the official website: https://www.ugc.ac.in/page/Fake-Universities.aspx.

Share
Facebook
Twitter
WhatsApp
Linkedin
Email
Telegram
Previous articleThe export of broken rice was stopped amid fears of reduction in paddy sown area, will there be a shortage?
Next articleICAI CA exam dates announced, exams will be held from this day, see schedule

This update came out regarding JEE Main 2023 exam date, know when applications can start