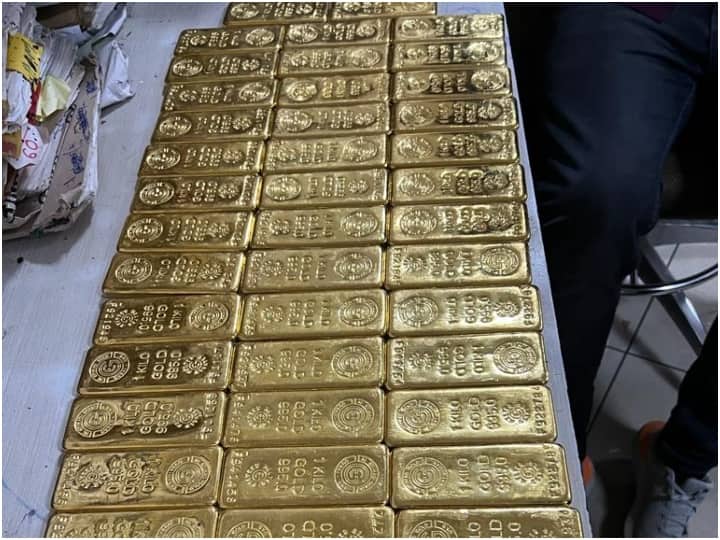 In the first case, four Indian passengers came from Tanzania, from whom 53 kg gold was recovered. The accused were smuggling gold very cleverly. The accused had hidden it in their waist belt. 53 kg of gold worth Rs 28.17 crore was recovered from the four. The gold was handed over to the accused by a person of Sudanese nationality at Doha airport.

Officials told that during the search operation, 4 Indian passengers from Doha, Qatar reached here. On enquiry, it was found that they are coming from Tanzania. During the search of the said passengers, 53 kg gold was recovered. The accused had hidden gold biscuits in their belts. During interrogation, the four passengers have confessed that they were given this gold by an unknown Sudanese person at Doha airport. All four have been arrested and sent to judicial custody for 14 days.

gold was hidden in jeans

In another case, based on intelligence inputs, Mumbai Airport Customs officials have seized 8 kg gold worth Rs 3.88 crore from three passengers (one male and two female). These people came from Dubai on Vistara flight. He hid the gold dust in his jeans in the form of wax. The three passengers have been arrested and sent to judicial custody. Further investigation is going on in the matter.

Uproar among the G20 people over the lotus, the Defense Minister said – If someone’s election symbol is a claw, should the claw be cut off?

Share
Facebook
Twitter
WhatsApp
Linkedin
Email
Telegram
Previous articleHave to go for a walk in winter but the budget is less… so these are five places, you can visit for 5 thousand
Next articleKnow which actress Mithun Chakraborty had used the excuse of stomach pain for the marriage of